A new definition of crypto comes from the IRS — Law Decoded, Oct. 17–24 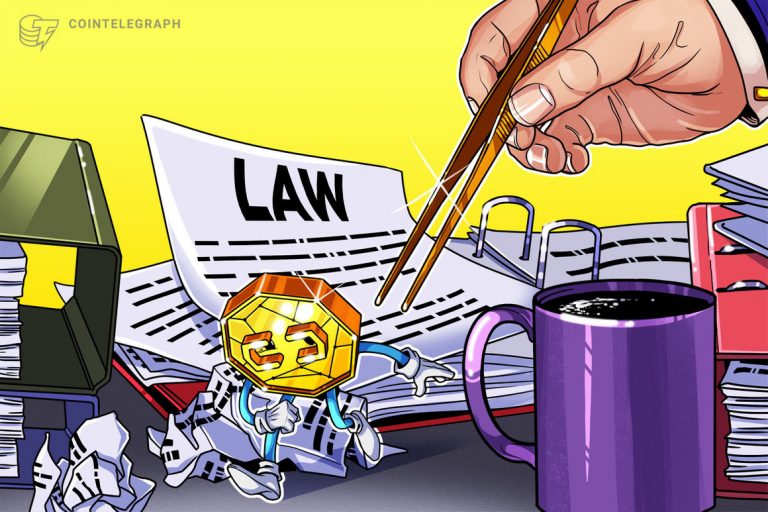 
No matter how much attention the United States Securities and Exchange Commission (SEC) or Commodity Futures Trading Commission gets in the crypto industry, for individual traders and investors, it often comes down to the Internal Revenue Service’s (IRS) position — and how much tax one owes.

Last week, the IRS last week released a draft bill featuring a well-defined digital assets section that outlines if and how taxpayers will account for the use of cryptocurrencies, stablecoins and nonfungible tokens (NFTs).

Page 16 of the draft defines digital assets as any digital representations of the value recorded on a “cryptographically secured distributed ledger or any similar technology.” 2021’s tax form required taxpayers to indicate whether they had received, sold or exchanged in “virtual currency” — with this term changing in the yet-to-issued 1040 tax form for 2022.

Taxpayers are required to answer the digital assets section of their income tax return whether or not they have engaged in digital asset transactions during the tax year. A number of situations will require American taxpayers to indicate yes to the question on digital assets of Form 1040 or 1040-SR. This includes receiving as a reward, award or payment for property or services or sold, exchanged, gifted or disposed of a digital asset in 2022.

New amendment provides regulation for crypto activities in the U.K.

An amendment to the Financial Services and Markets Bill now before the United Kingdom’s parliament could extend the law’s powers to regulate financial promotion and other activities to crypto assets. According to the explanatory statement accompanying the amendment, the new bill would “clarify that the powers relating to financial promotion and regulated activities can be relied on to regulate cryptoassets and activities relating to cryptoassets.” In a letter from Aug. 9, the Financial Conduct Authority stated that it would publish final rules for the promotion of crypto assets once the Treasury formalizes legislation to bring these into its remit.

Hong Kong is taking action to regain its status as a global cryptocurrency hub by launching several legal initiatives related to the crypto industry. The government of Hong Kong is considering introducing its own bill to regulate crypto in its own China-free way, according to Elizabeth Wong, head of the fintech unit at the Securities and Futures Commission (SFC). One of the SFC’s initiatives is allowing retail investors to “directly invest into virtual assets,” which would mark a significant shift from the SFC’s stance over the past four years.

Ripple continues to gain points in case against SEC

Ripple seems to be inching closer to victory in its ongoing battle with the SEC. The company’s general counsel, Stuart Alderoty, confirmed on Twitter that the firm finally has a set of elusive documents after “18 months and 6 court orders,” though noted they remain confidential at the SEC’s insistence. “It was well worth the fight to get them,” he said, adding: “I’ve always felt good about our legal arguments, and I feel even better now. I always felt bad about the SEC’s tactics, and I feel even worse about them now.”

The fought-over documents relate to a 2018 speech by former SEC division director William Hinman regarding the status of Ether (ETH), with the financial regulator seemingly pulling out all the stops to keep the documents under wraps.