Bitcoin (BTC) Rejects From Recent Peak to Fall by 15%! 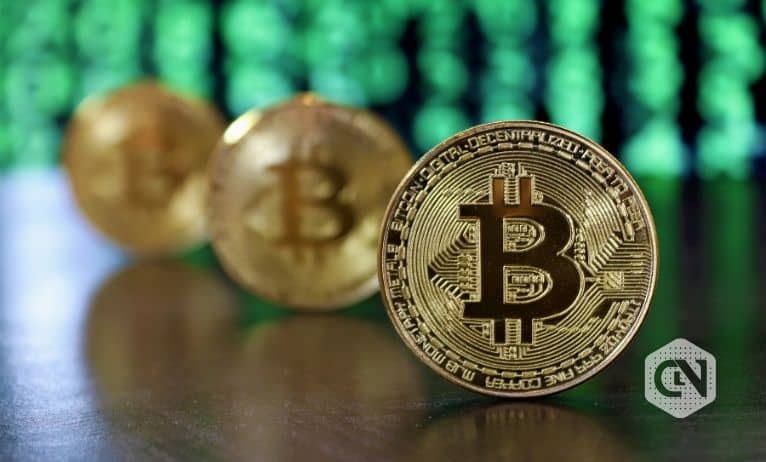 
Bitcoin’s motion and movement in terms of price action have entered a negative trend after months of consolidation and positive breakout attempts. The price analysis of individual candles on daily charts indicates the inability of BTC buyers to surpass the 100 EMA curve to turn instrumental in creating a negative sentiment. The subsequent rejection at a higher level with no positive outcome in sight provided the much-needed strength to the sellers, who have pushed the value of BTC below $20,000 once again.

The Bitcoin price pattern resembles a breakdown and consolidation for further breakdown preparation. The breach of the $20,671 support level has completely shattered buyers, who would now be re-assembling at another support level. If negative selling continues to hamper the prices, we can witness a price band even lower than $15,000 in the coming days.

Bitcoin tested the strength of its immediate support seen during the last week of July but failed to provide similar resolve to buyers, affecting the buying sentiment even more. A new trendline in negative momentum has now developed, testing the supports at the lower bands too. Read our Bitcoin projections to know if the coin will move towards its support or resistance level.

At first, the double-digit profit booking on August 19, 2022, was strong enough to create a panic selling scenario. Buyers have failed to make their presence seen in the price movements since the candles have failed to touch a new high since the breakdown. The increase in volumetric action with a decrease in buying sentiment indicates only one outcome: a stronger profit booking. Current prices being below even the 20 EMA, no immediate turnaround can be expected from BTC.

Any hopes of strong buying can be expected after BTC’s stronger support level and further consolidation is breached. MACD already indicated a negative outcome back on the August 19 breakdown, and so did the other moving averages. Buyers should hold their positions and wait for consolidation and breakout patterns to re-emerge to average out their negative holdings.

Interested buyers of Bitcoin should wait for a consolidation pattern to emerge; otherwise, they would be holding hands for further downside movement. 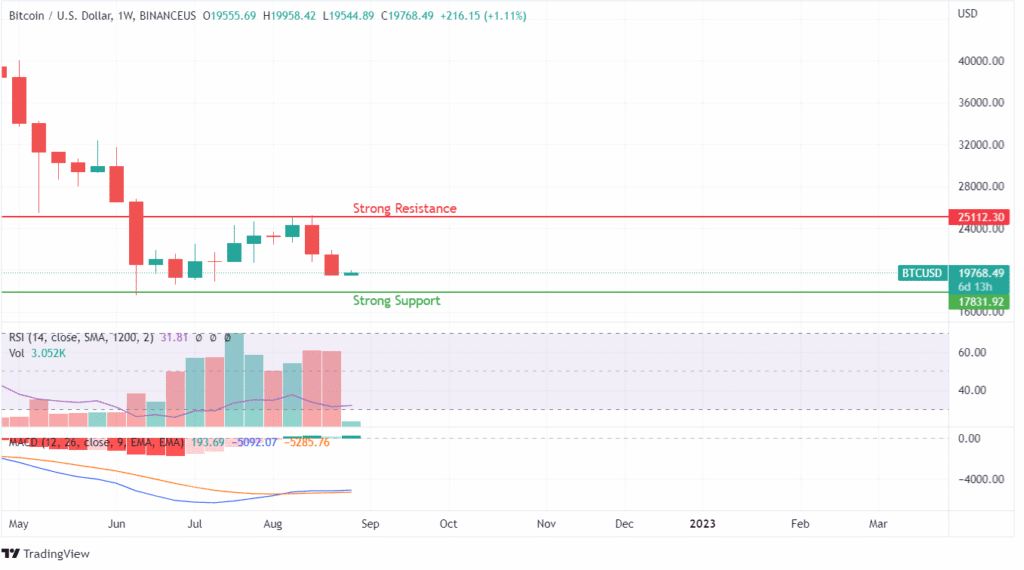 BTC’s negative candles have gained momentum bringing the prices back to the initial consolidation phase. The creation of a positive candle can be seen as BTC trades in a positive trend at the time of writing this analysis. While creating a fresh low, RSI has displayed signs of revival.

MACD is moving in a similar trend, with a bullish crossover created last week. The negative outcome from this Bitcoin price action can be expected to last for the coming weeks. Hence, enthusiastic buyers should wait for price consolidation.