Bitcoin Faces Resistance From 100 DMA; All Investors’ Eyes Are on BTC! 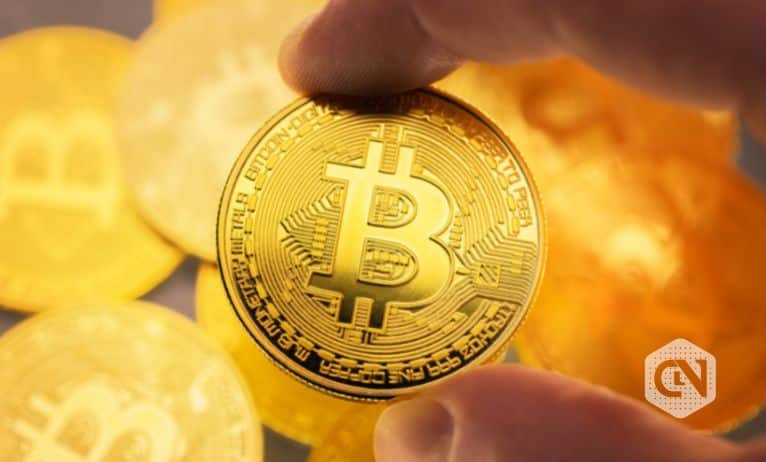 
The changing economic conditions and control over the traditional currency system create the perfect growth sentiment for BTC’s acceptance. Bitcoin is the crypto king without a conflict; this statement explains the drive towards BTC as it hits new dips during a bear market.

Enthusiasts expect BTC to make a turnaround and move towards a much higher mark than its current ATH. BTC is fairly distant from this predicted price and would require a huge upside movement to reach close to the six-digit value.

Bitcoin currently boasts $450,732,261,171 in market capitalization, making nice gains in July 2022. Resistance faced during the previous upside movement on July 20 near the $24200 mark has repeated its selling sentiment as BTC failed to maintain its gain at $24439 on July 29, 2022. It indicates a new emerging resistance zone near this level, which BTC needs to surpass to continue towards a bull run.

After months of consolidation, Bitcoin has finally shown some spine to maintain its dominant growth in the cryptocurrency ecosystem. With limited upside movement remaining to test the 100 EMA, Bitcoin can express a major breakout soon. Our Bitcoin future predictions will help you identify how the token will perform under the current circumstances.

Bitcoin’s daily charts show a spike in transaction volumes that emerged from the beginning of July 2022. The last 29 days of trade have showcased growing transactions at much higher volumes than ever witnessed since 2020. This unusually high trade could result in liquidation by previous holders creating a consolidative price pattern in the short term.

After breaching the short-term resistance of $24200, BTC will face another resistance in the form of its 100 Days Exponential Moving Average. Another resistance for BTC is high at $32701, which is the breakdown resistance level during the panic sell-off in May 2022. Support for this price action at $17831. 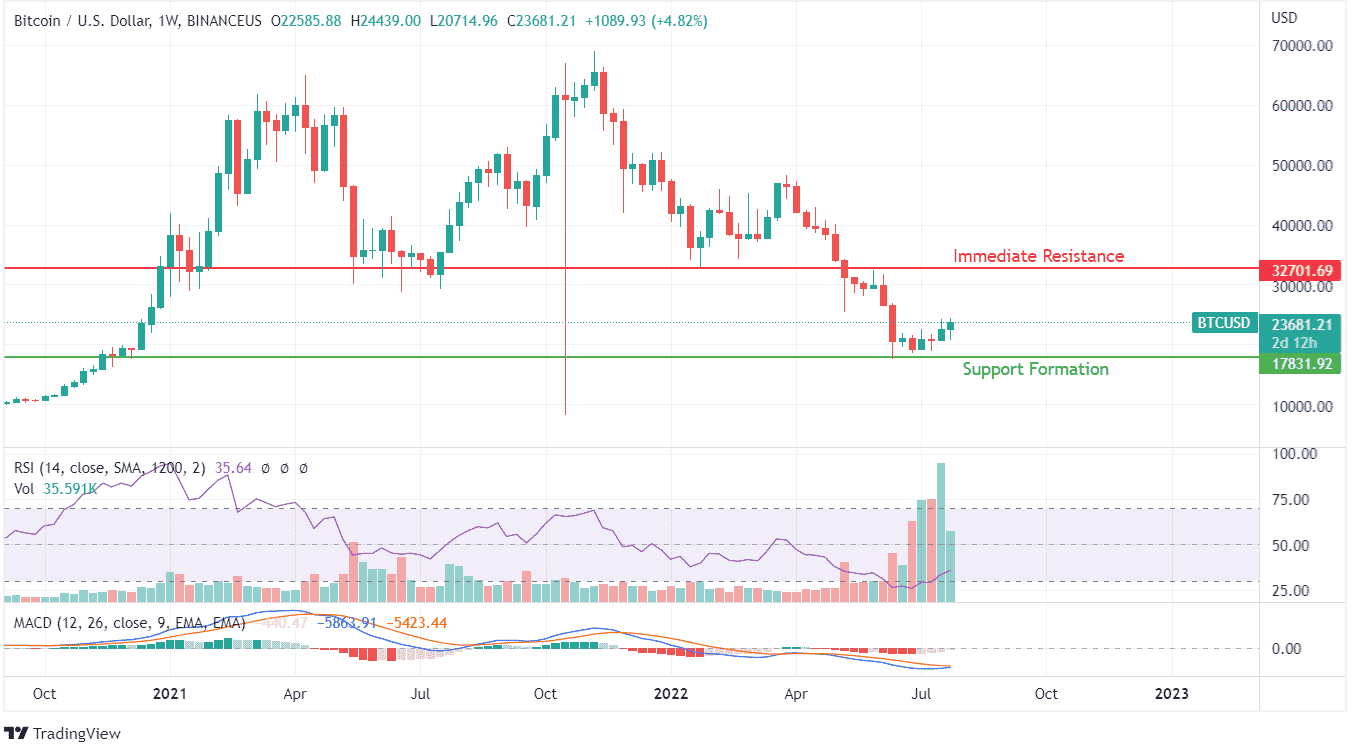 The transactional volume should be considered a strong indication of the change in the hands of BTC tokens. Be it for staking or booking profits; this action has given birth to the increase in BTC token value. The previous week faced resistance at the top, resulting in an upper shadow; despite beginning negative, the current week managed to emerge victorious, pushing the Bitcoin value above $24000 for the second time since June 13.

As the RSI indicator can be seen moving upwards even in the weekly charts, so is the MACD indicator on its way to creating a bullish crossover. Such an indication would incite buyers to get their hands on BTC, creating a demand for this token. Support for long-term charts also finds its roots at $17831, similar to the short-term price action.