Bitcoin Heads Towards Doom; Are BTC Sellers Winning the Battle? 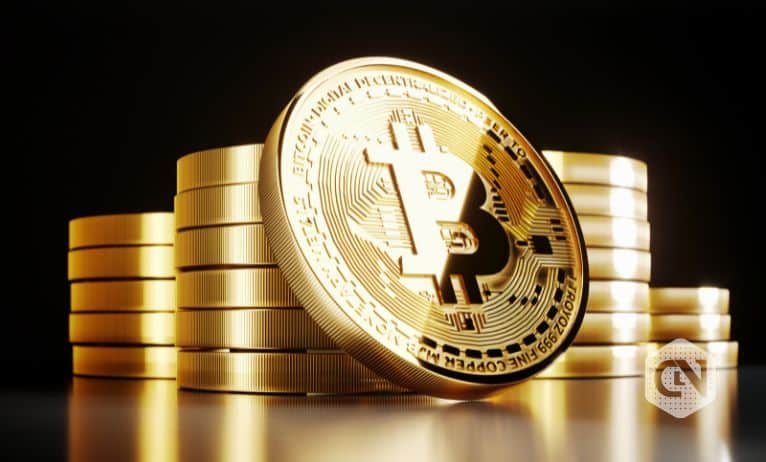 
Bitcoin showcased tremendous buying strength and potential during its recent push back from July 27. This action was short-lived as each attempt to breach key resistance levels based on previous pivot points and sellers are destroying the moving average. As its market capitalization nears USD 500 billion, selling action gets stronger as if whales have hedge bets on BTC remaining under the $24,000 mark.

Bitcoin’s first show of strength would be to trade above the May 2022 lows of $25,455. The emergence from this level would provide enough strength to buyers to take the value beyond the important moving averages and towards a higher target. The only shortcoming is the lack of buying rallies at the current resistance zone. Even the candle formations are strengthening the idea of another breakdown for Bitcoin, which would essentially mean a dark cloud for the entire cryptocurrency valuations.

Bitcoin price action shows dual possibilities: a positive breakout and another retracement to recent support levels of $20,000. Key levels are covered and explained in the price analysis below. However, if you need detailed predictions for the token, you can click here! 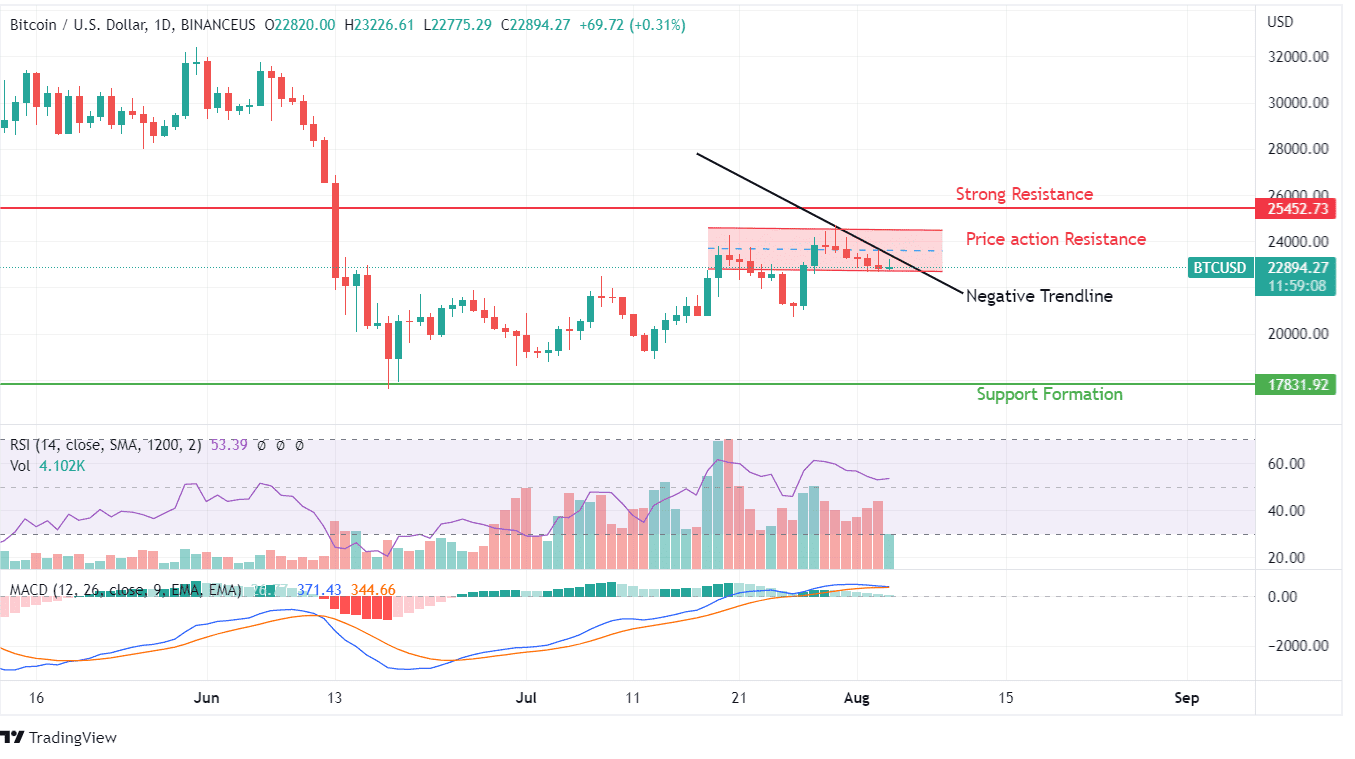 Bitcoin gained tremendously from its lows of June 2022. The profits got erased because of resistance, but despite higher selling action, the volatility is quite marginal, which indicates the buyer’s support for the price action. RSI is holding the sentiment between 50 to 60. It’s fairly neutral as per the sentiment, but buyers expect a repetition of the July 27 breakout buying trend. MACD is close to creating a bearish crossover, but strong buying action can create a bullish action.

Even on long-duration weekly charts, the BTC candle pattern is not strong enough to engulf the gains made on July 31, 2022. The broader trendline seems to be much more positive on weekly charts. The chart confirms the current week’s price action as the first clear and decisive positive candle. As such, the probability of a breakout towards a positive direction focused on the intent of reaching $24500 will restart soon.