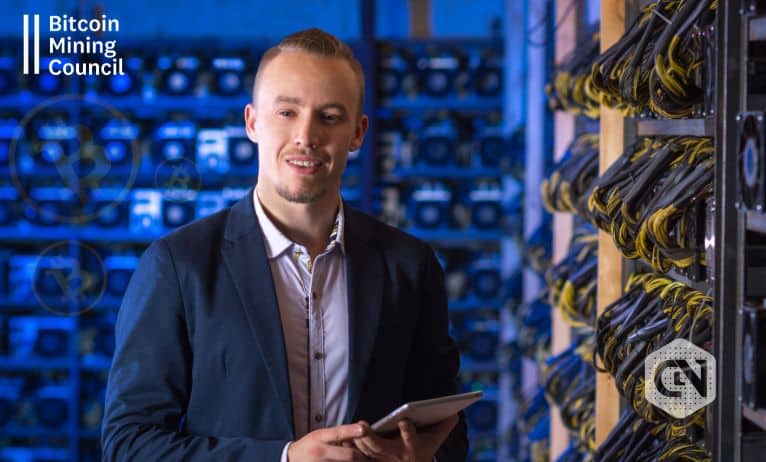 
The Bitcoin Mining Council published the findings of its survey with a core focus on technological efficiency, electricity consumption, and sustainable power mix. The results are impressive enough to reaffirm that the Bitcoin Network will continue to grow with higher efficiency in the times to come.

Data collected now represents 50% of the Bitcoin network spread across the globe. They have 107.7 exahash (EH) as of June 30, 2022. The survey was voluntary and included participants and the members of the Bitcoin Mining Council.

According to the findings, the members and participants are using electricity at a sustainable power mix of 66.8%. It has been estimated that the global number stands somewhere around 59.5%, with an approximate increase of 6% on a Year-on-Year basis.

The comparison was made with the same period of the previous year, the second quarter of 2021. Recent findings prove that the Bitcoin industry is one of the most sustainable ones in the world.

Light has also been shed on technological efficiency, which is said to have gone up by 46% to touch the mark of 21.1 EH per gigawatt compared to 14.4 EH per gigawatt in the second quarter of 2021.

Findings are being taken as a hint that it can still improve a lot to make the industry more efficient in the future.

Michael Saylor, the Chief Executive Officer of the Bitcoin Mining Council, addressed an additional point of hash rate and related security, noticing an improvement of 137% on a Year-on-Year basis compared to the increase in energy usage by 63%.

There was an increase in the energy efficiency by 46% due to the following factors:-

Darin Feinstein, a Co-Founder of Core Scientific & the Bitcoin Mining Council, talked about the BMC membership hash rate by saying that it increased to 108 EH in Q2-2022 from just 37 EH at its inception.

Darin Feinstein added that it was important for the world to be aware of the real facts related to the amount of energy used and the amount of carbon released by the Bitcoin Network combined.

Bitcoin Mining Council is an open & voluntary forum where Bitcoin mining companies and other companies in the same industry participate in strengthening the Bitcoin Network and its core principles. The Council promotes best practices, transparency, and education on the benefits of Bitcoin & Bitcoin mining.

Some of the members are:-

The Bitcoin Mining Council has scheduled a presentation to share more details on July 19, 2022, at 5 PM EDT on its official YouTube channel.