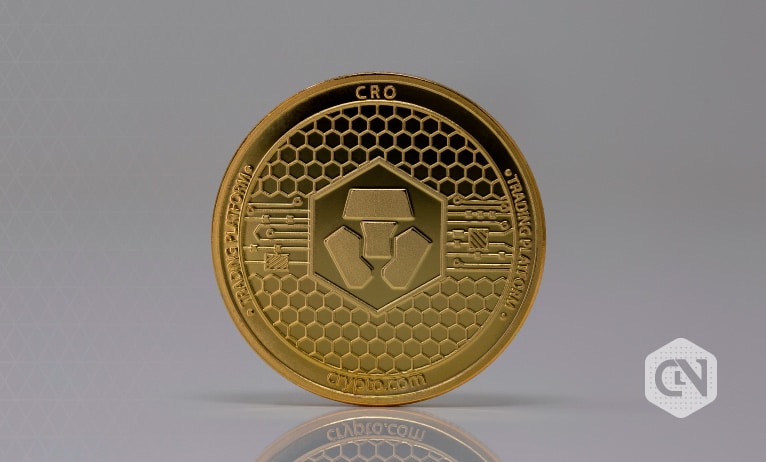 
CRO is the abbreviation of the larger crypto community of Crypto.com. CRO token is used as the primary native token of Cronos Chain, a decentralized, open-source blockchain meant to cater to the development goals of Crypto.com’s payments ecosystem.

Developed on the Cosmos SDK, the Cronos chain relies upon the Proof of Authority validation protocol to provide validations and transaction processing fees. This blockchain is compatible with both the Binance Smart Chain and Ethereum Virtual Machine providing an easy way out from dApps on this blockchain to shift to the Cronos blockchain.

From its launched value to the peaks of 2021, the CRO token gained a multiplier return of over 400 times, which has now been reduced to just 40 times. This can simply be attributed to the fact that Cronos prices have dropped from $1 to under $0.1.

The support levels of previous price action have been reduced to rubbles, prompting buyers to acquire more of this token before a new development project is announced. Cronos also holds a market capitalization of $2.7 billion with a net circulating supply of 83%. The potential for this blockchain and its expansion is still in the emerging days, and a huge upside movement is yet to be seen.

Cronos has consistently taken advantage of both 50 and 100 EMA. The short-term upside movement has brought a positive outlook for this token, forcing RSI to jump back from oversold zones to mildly positive levels of 50. MACD, at the same time, is trying for a bullish crossover.

Cronos cryptocurrency has shown a strong tendency to get buying support from lows, with RSI hitting a peak of 52. This short upside of RSI was possible because of CRO’s decent upside movement in recent days.

The 12% gains made on October 18 were quickly wiped off in a desperate profit-booking attempt. MACD has already showcased a bullish crossover pattern, which will be tested in the following resistance levels, especially the profit booking tendency at 50 and 100 EMA. What should be your next investment decision? Read our CRO forecast to know! 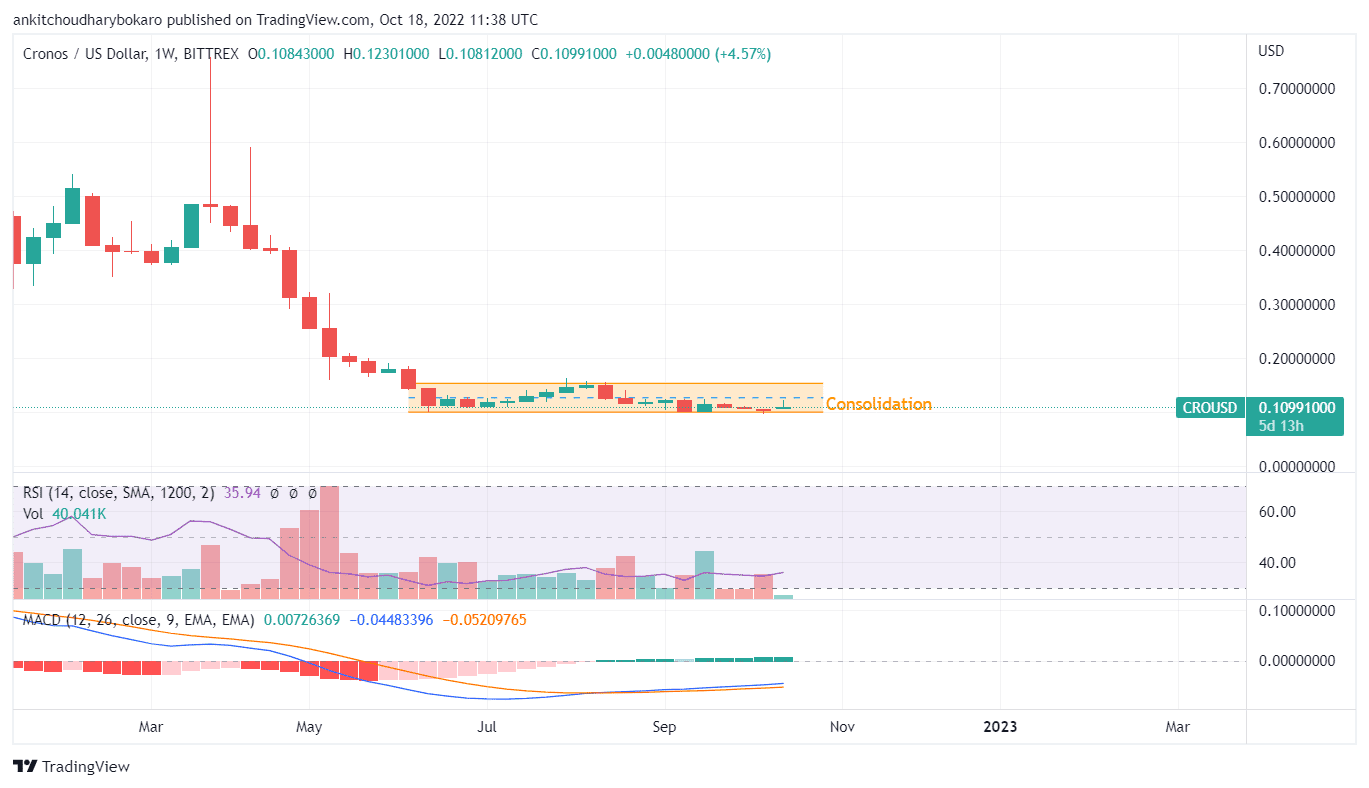 Cronos has officially been witnessing a winter period since the price action has displayed no tendency towards retracing to previous highs or even pre-may 2022 resistance levels! The monthly volatility has been minimum, with steep consolidation along the way.

The upside move was stronger, but the downside movement showcased the weakness and disbelief amongst the buyers of Cronos, who were actively booking profits. The decline from $0.50 to $0.10 didn’t even take a month; such a level of intensity can be seen missing from current levels. Buyers should ideally be taking advantage of this low value but do so only if they have faith in Cronos’s capability to move further upwards in crypto rankings.