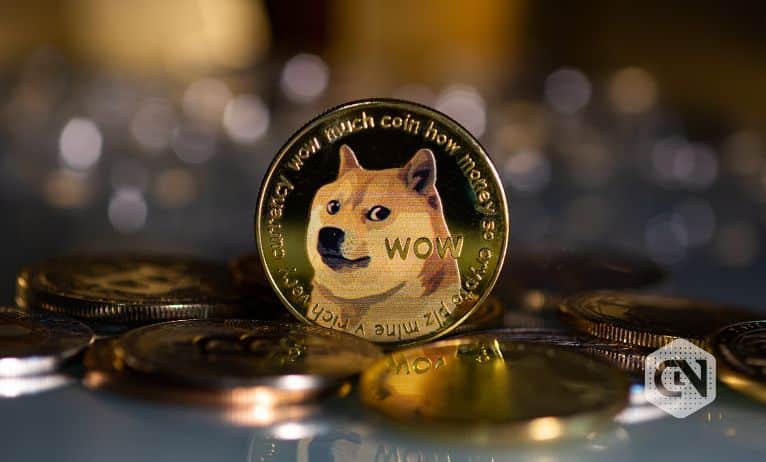 
The first thing that started exciting investors with volatility and higher price action, Dogecoin, was a king of these things in 2021. With a 160x movement in the first four months of 2021, expectations were soaring high for DOGE. Alternatively, any holder would be a fool to continue expecting an uptrend even after such a huge move. As profit booking started to grasp the price action, we witnessed the destruction of major support levels.

Profit booking-induced negative action continues to August 2022, and the price action in the last two months has at least jumped out of its June 2022 lows. Because of the volatility and price consolidations, Dogecoin has slipped from the top ten rankings to the eleventh position with a combined market capitalization of $9.05 billion. The prospects of this token can take a turn with positive news breakout and merchant acceptance, as moving to Mars might need a few more decades.

The price of Dogecoin witnesses a strong resistance that is decimating all buying sentiment at $0.0730. Despite repeated attempts from buyers, the technical indications have failed to suggest any possibility of a breakout.

At first look, the price action seems way better compared to the mid-June 2022 levels of $0.0500. The upside movement created a positive price action and gain of 50%, but DOGE seems to have reached its peak under the negative sentiment on cryptocurrencies. During the last two months, RSI has simply copied the actual price action. The upside spikes under the consolidation zones indicate sellers taking charge just as prices hit the upper limit of $0.0730.

On the flip side, DOGE has made two downtrends even in July that breaches the lower limit. Buyers seem to be enjoying the lower limits and further decline towards the immediate support level, while sellers aren’t allowing a gain above $0.0730. This price consolidation will induce a perfect breakout in the next few swings, but the current swing is headed towards a retesting to the immediate support levels. Check out our Dogecoin prediction to get detailed insights about the future projections of DOGEUSD. 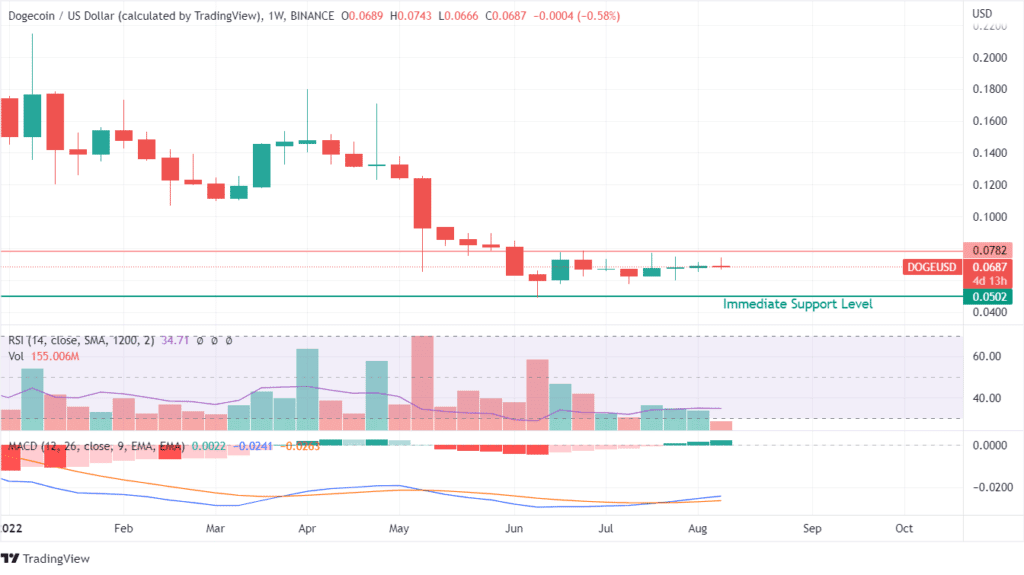 Dogecoin’s outlook is a red-flag version of its daily candlestick patterns. DOGE has failed to make a positive breakout with consistent profit bookings pushing the value below $0.0730 despite the positive attempts by buyers.

Since the retracements in June 2022, sellers have continuously dumped Doge. There hasn’t been a week indicating a positive action on the candlesticks, as the last seven weeks are just allowing DOGE to remain afloat at the consolidation level.

MACD has embarked on a positive breakout, but RSI confirms the consolidation with its close-hugging price action that is barely 10% above the overbought zones. Outlook is more towards the negative-end than consolidation on long-duration charts as DOGE is trading at a discount of 91% from its peak value of $0.7605.