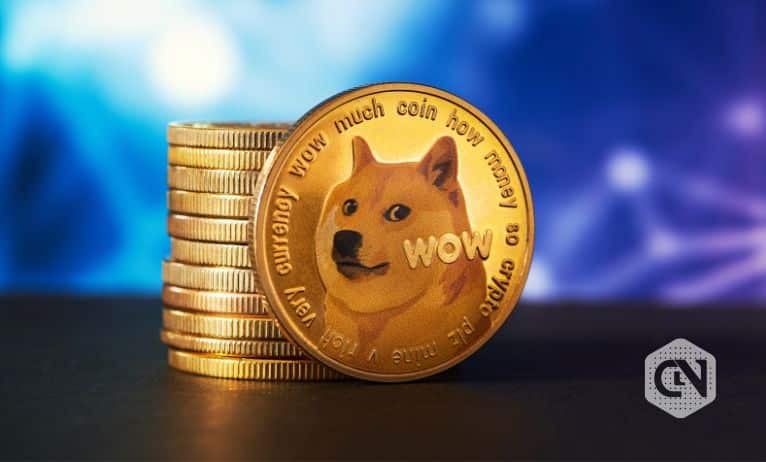 
Dogecoin is the meme leader and defends its title as the 10th largest cryptocurrency in terms of market capitalization with a value of $8,877,616,215. The value a week ago was close to the $12 billion mark. The biggest advantage for buyers at the current timeline is volatility, contributing to the overall buying and selling sentiment. Dogecoin will have to showcase a higher breakout strength with more participation by buyers. At present, DOGE is not at the helm of a positive outlook.

Dogecoin undergoes a massive change in price sentiment. The upper limit of May 2022 seems to have taken a toll on Dogecoin as prices are now seeking support to halt the further decline in value. Check our DOGE predictions to know the future price projections of the coin!

Dogecoin’s buying sentiment has once again returned below the previous average. This indicator confirms that the negative sentiment at play won’t be dissipating anytime sooner. If buyers are not able to retaliate for the downtrend, prices for Dogecoin can be seen dipping beyond the June 2022 lows.

MACD has marked a negative sentiment on daily charts of DOGE, but as prices return to previous average levels, the outlook could move towards consolidation. Profit booking at current levels can retest the support at $0.05, previously seen in June 2022. Retesting support levels can damage the positive sentiment creating further delays and hurdles on the path to recovery.

RSI has taken a hit, dipping from near overbought levels of 70 to mildly negative to neutral outlook with a level of 43. The DOGE price pattern indicates a further negative outlook as current candlesticks are breaching the recent lows, creating a lower low price action.

Dogecoin needs to maintain price action above $0.08 to provide a positive outlook in the short term. Buying action is visible on hourly charts, which have helped Dogecoin gain slight value in the last few hours. Continuation of this price trend would confirm a positive scenario for DOGE, with strong faith and potential of buyers. 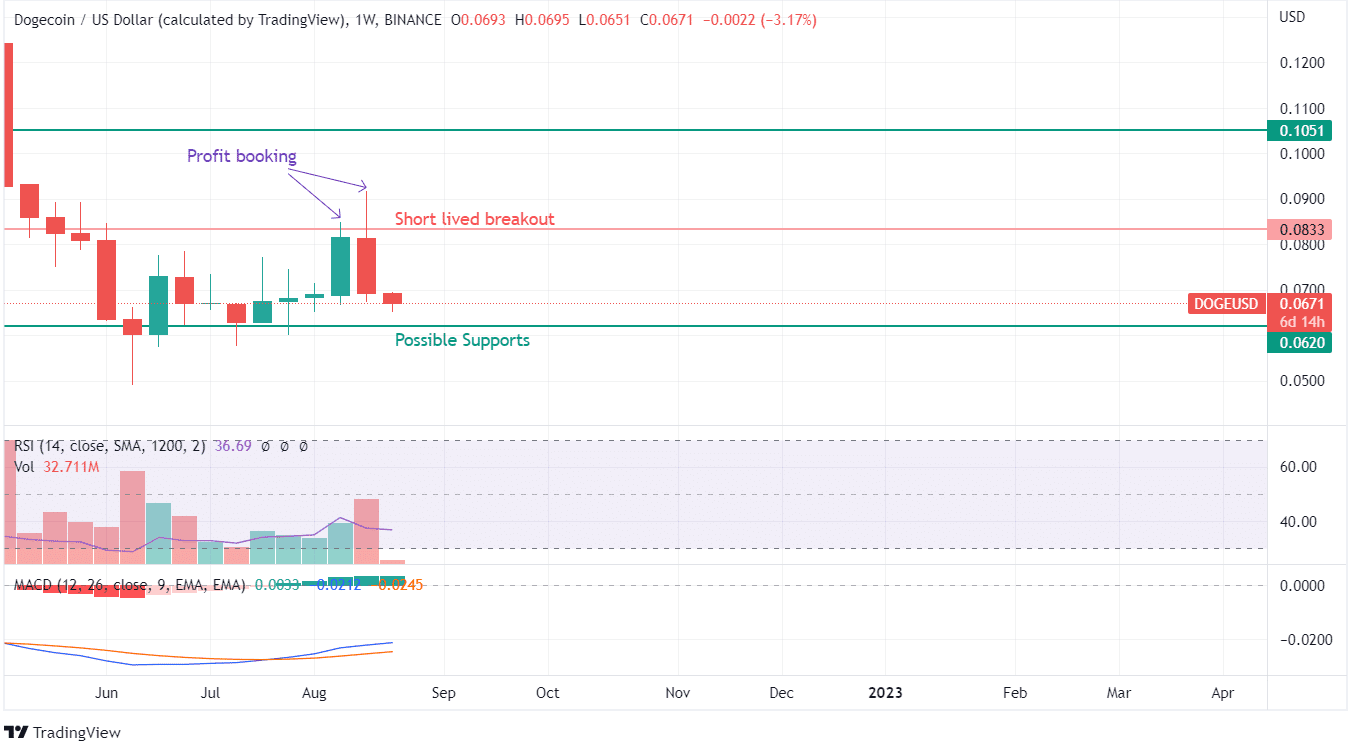 On weekly charts of Dogecoin, a profit booking scenario was seen developing during the positive closure of the second week of August. The third week started on a positive note but underwent profit bookings from similar levels. The end of week three ensured a bearish engulfing candle that brought the DOGE sentiment and price action back to the same levels as seen during the beginning of August 2022.

The current week has yet again started with a negative outlook that has engulfed the entire gains made during August 2022. Support and buying action could be seen from the previous level of $0.0620, and MACD doesn’t indicate any negative outlook. Hence, because of mixed signals, buyers should wait for the DOGE price action near this expected support level before making fresh trading plans.