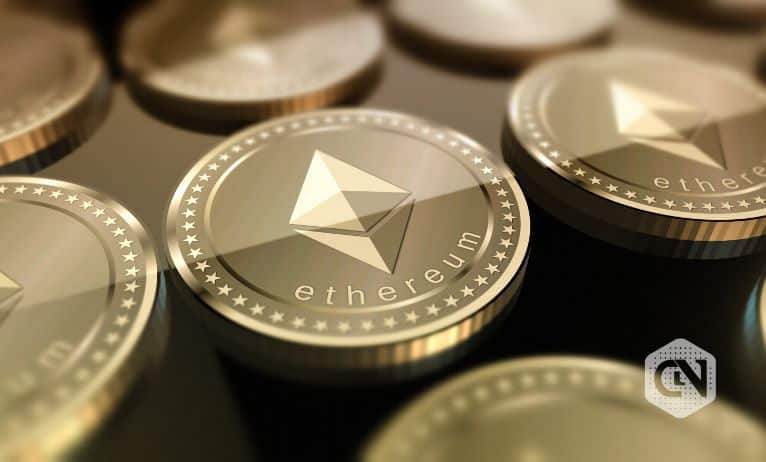 
Ethereum has successfully defended its second spot and recently touched the $225 billion market capitalization. The expected merge of its blockchain towards the Proof of Stake validation process will ensure a less rewarding benefit for validators, but it is expected to reduce the transaction validation cost by 90%, ensuring higher benefits for actual users of the Ethereum blockchain.

The only negative quotation of ETH holders would be the comparative gas fees of ETH transactions on the Proof of Stake algorithm, which is often seen as a less accurate validation method compared to Proof of Work. On the other hand, such a progressive step can lead to higher support of this blockchain by different players.

Ethereum has outgrown other competitors through its accurate and progressive smart contract ecosystem. The current price action on ETH seems highly speculative as the outcome of the merger is difficult to predict without being implemented and studying the impact of this activity.

Ethereum shows a bearish crossover with RSI succumbing from overbought zones to a level of 60. It is happening in tandem as ETH faced a tough resistance above the 100 EMA curve. August 14 and August 15, 2022, are the only two days since May 31, 2022, to touch the $2000 psychological level.

As the negative candles have been formed consistently for the last few days, each day is ending with a wick at the top, indicating buyers are booking profit or losing to selling pressure. The outlook of ETH is slightly positive since it surpassed the 100 EMA curve with a strong breakout of marginal gains.

Similar price action is required to breach the $2000 level resistance post, which the 200 EMA curve will come even closer for Ethereum supporters. If these resistances are breached before the announced merger date of September 15, a strong breakout can be expected. Otherwise, profit booking will force buyers to sell their holding out of unpredictable price action near the 200 EMA range.

If ETH continues to trade between 100 EMA and 200 EMA, there can be a crossover of these two important moving averages creating the ideal time for buyers to wait for a breakout price action with a positive expectancy. Ethereum should get support from $1600 levels in case of profit booking or pullback. 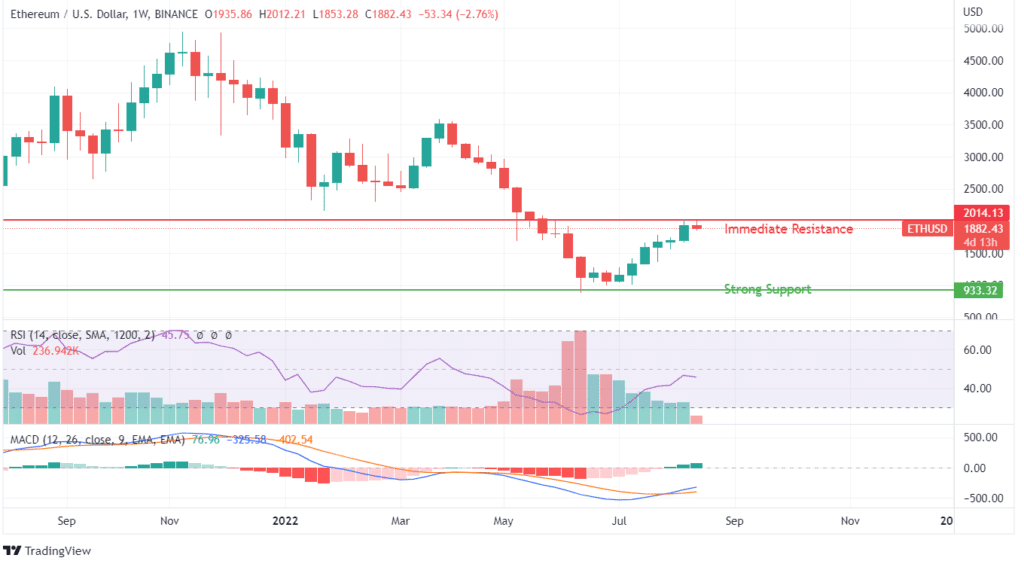 On weekly charts, a clear resistance can be witnessed near the $2000 mark, which could be psychological in nature. Since RSI has improved a lot compared to two months ago, the Ethereum outlook depends on its ability to scale this resistance in the shortest possible time. MACD holds its positive breakout indication, which could aid in ETH reaching $2500 by the merger date of September 2022.