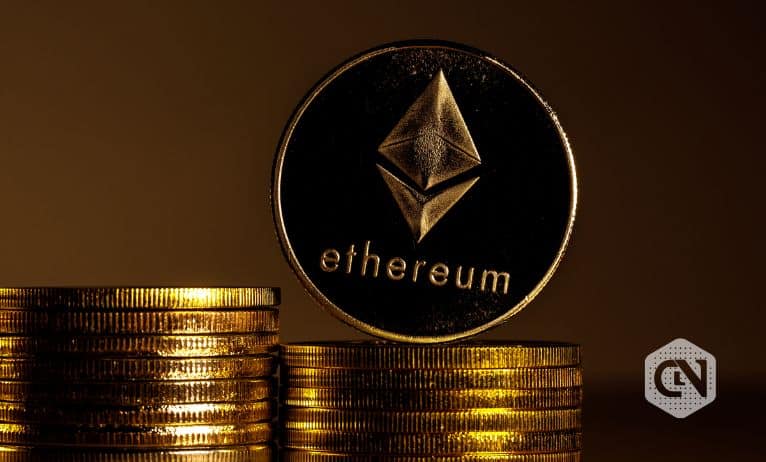 
Ethereum holds its $200 billion market capitalization with the buying support it gained from $1500 levels. On the fundamental level, the news of its merger is creating massive waves in price action as an unpredictable outcome is most likely to take place. Many crypto experts emphasize that changing Proof of Work for Proof of Stake wouldn’t create any drop in the transaction fees currently applicable on the Ethereum network.

Dropping the mining possibilities will create a ripple effect across industries as a drop in GPU units can be expected. While existing miners would be transitioning towards other leading Proof of Work blockchains enforcing a competitive market for ETH. A higher number of validations for any blockchain is a positive sign for its further growth and gain.

Ethereum blockchain displayed tremendous buying strength in the first half of August 2022. The value of this cryptocurrency has once again started moving upwards to the 100 EMA curve. The previous sell-off from this moving average brought ETH buyers to their knees as prices crashed significantly in just 6 days. Will Ethereum be able to sustain the 100 EMA mark this time? Read our ETH prediction to know!

Ethereum price action shows the token to have taken support from the psychologically important level of $1500. From August 20 to date, the candlesticks showcase a big wick at the bottom, which confirms buyers are battling the selling pressure of profit bookers, thus creating a short-term support level for ETH.

Breaching the 100 EMA curve won’t be a big buzz this time, as the expected outcome is a breakout. Still, Ethereum crypto won’t be able to reach the $2000 mark. RSI confirms buyers’ short-term positive stance as the indicator has moved from 40 to 50, while MACD is on its path to creating a bullish crossover that would roll up the more positive potential for ETH in the short term.

Earlier, a profit booking was also predicted since the price gain momentum was rather too quick compared to the slow price action in the last four months. $2000 remains the strong resistance ETH has attempted to test in the last few weeks; thus, a bottleneck can form around $2000 as buyers would be expecting another profit booking causing a slow buying pressure. In case, Buyers can take ETH above $2000; a huge up move can be expected as price action showcases $3000 as the next strong resistance. On the flip side, profit booking should mostly be constrained above $1500. 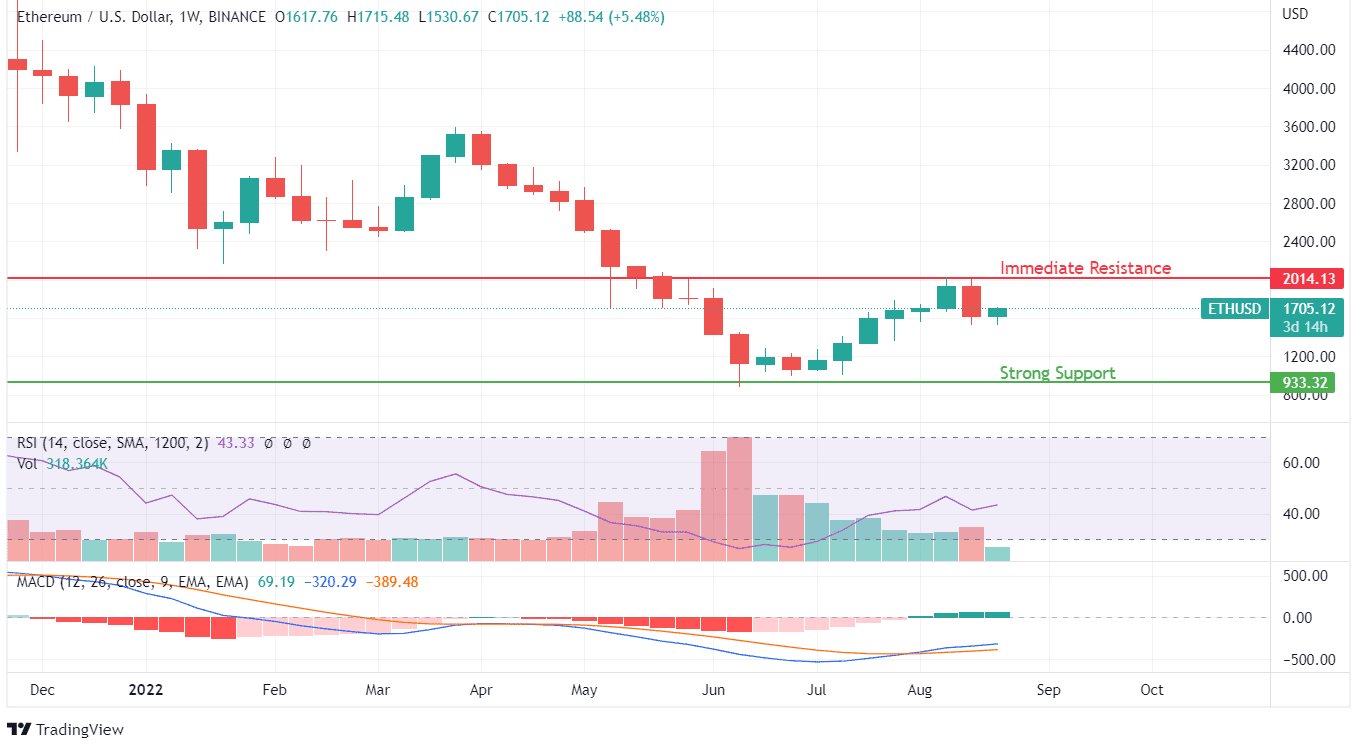 Weekly charts of Ethereum confirm the negative progression in the last week as a bearish engulfing candle was developed that threatened to destroy all the gains made in the last two months of slow price action. The current week’s candle formation replicated the first week of candle formation that led to a breakout.

But this time, the presence of a bearish engulfing candle will be creating new issues for the ETH up move. RSI and MACD indicators both project a positive outcome.