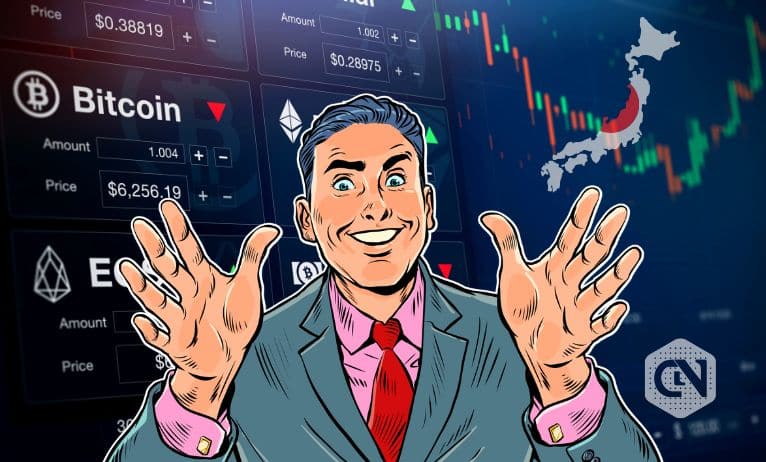 
What Japan is doing could soon be followed by other countries that have resented cryptocurrency till now. To revitalize the crypto sector, Japan has announced to further loosen the listing of cryptocurrencies by enabling crypto exchange platforms to conclude the listing process within 30 days. The move could go into effect by December this year. According to the roadmap the authorities laid down, the duration will be reduced by 15 days maximum by April. However, this could soon change, making it easier even for startups to launch their offerings.

Moreover, startups will now be able to compete with players who have already established their names in the digital sphere. The move announced by Japan covers another aspect: lowering the entry bar. Startups facing hurdles in getting their operations functional will now be at par with others, including foreign crypto exchange platforms.

Genki Oda, the Vice Chairman of the Japan Virtual & Crypto Assets Exchange Association, stated that the association could very well do away with the entire pre-screening of digital coins by 2024. However, this could also include tokens issued through initial coin or exchange offerings. Genki, also the President of Remixpoint Inc, expressed hopes of revitalizing the crypto market with these measures. Japan previously had a tougher stance on digital markets resulting from a $2 trillion wipeout last year. The recent developments come from a different side to pursue raising the country’s economy under the rubric of New Capitalism.

The principle of New Capitalism looks to add support not just for cryptocurrencies but also for firms venturing onto the land of the Web3 ecosystem. Japan is strengthening its grip over the developments with precautions as it will continue to monitor coins that are inappropriate for the people. Binance, following the announcement, is looking to secure an operational license four years after it took a few steps back amid the strict regulations. Relaxing crypto listing adds a cushion to the Greenlist, which was first introduced in 2022. The Greenlist allowed to speed up the listing process for select cryptocurrencies.

Japan currency has 50 coins listed in the country against 13,000 digital tokens present across the globe, according to CoinGecko. The shift comes under Fumio Kishida, the Prime Minister of Japan, who is looking to expand the listing of digital coins.

As for the traders, they will now have options to diversify their digital portfolio. Support for Web3 firms could go a long way because those firms will potentially lead the future. Decentralization is key to current developments and will continue to do so.Web3 is the decentralized version of the internet, and assistance to the technology will yield fruitful results for future generations.