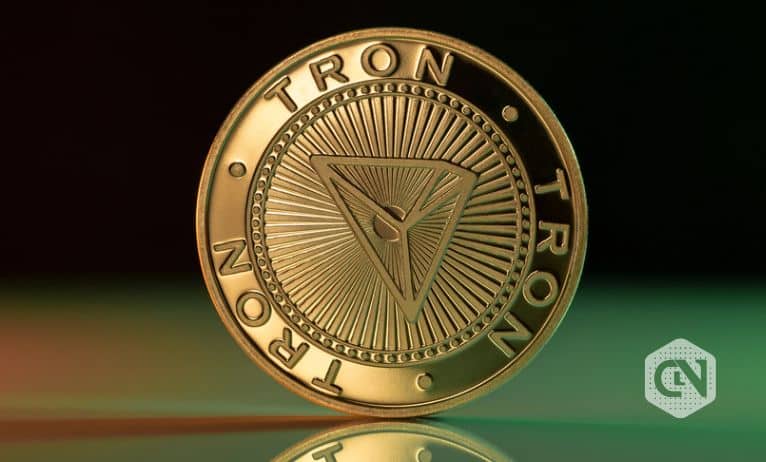 
The first thought behind developing a decentralized platform under TRON was to throw away the intermediaries in the form of content-sharing platforms such as Meta, Instagram, Facebook, and YouTube. Creators here aren’t able to take full benefit of their developed creative products because of the overpowering control of such firms. TRX hosts data without creating any central authority, which makes it easier for the creators to take full advantage of their audience. As of August 3, 2022, TRX is worth $6,371,255,142, with a token supply of 92.42 billion, which amounts to nearly 95% of tokens in circulation.

This blockchain depends on its modified Proof of Stake validation process, now popularized as Delegated Proof of Stake. Despite being called a less decentralized validation process, TRON can process 2000 transactions per second on simple transactions, smart contracts, and dApps. Being a utility-focused blockchain, the possibilities for such a platform in the Web 3.0 revolution offers a distinctive benefit.

TRON is facing stiff resistance from the 100 Days Moving Average. For the past month, TRX has consistently attempted to surpass this level and begin a bull run toward its previous highs but has failed. Click here to know when TRX will cross the 100 DMA level.

The price action in the past two weeks has been constrained by marginal volatility. Since facing the resistance from sellers at $0.07, TRON created four different wicks while the lower values are getting supported with a buying sentiment. The support level for this price momentum is $0.062, and stronger buying action was witnessed at $0.047. The buying sentiment based on the current price movement of $0.0683 has pushed the value of RSI down to 51 from its recent peaks of 57. The MACD indicator, on the other hand, is rooting for consolidation, which the TRX token is currently undergoing.

The TRON price momentum seems to have faced stiff resistance at the $0.07 level, which will be key to further upside movement in the coming days. Failure to breach this level in the next few weeks could result in profit booking or loss of interest on the part of buyers as they would get trapped in a stuck transaction for much longer. 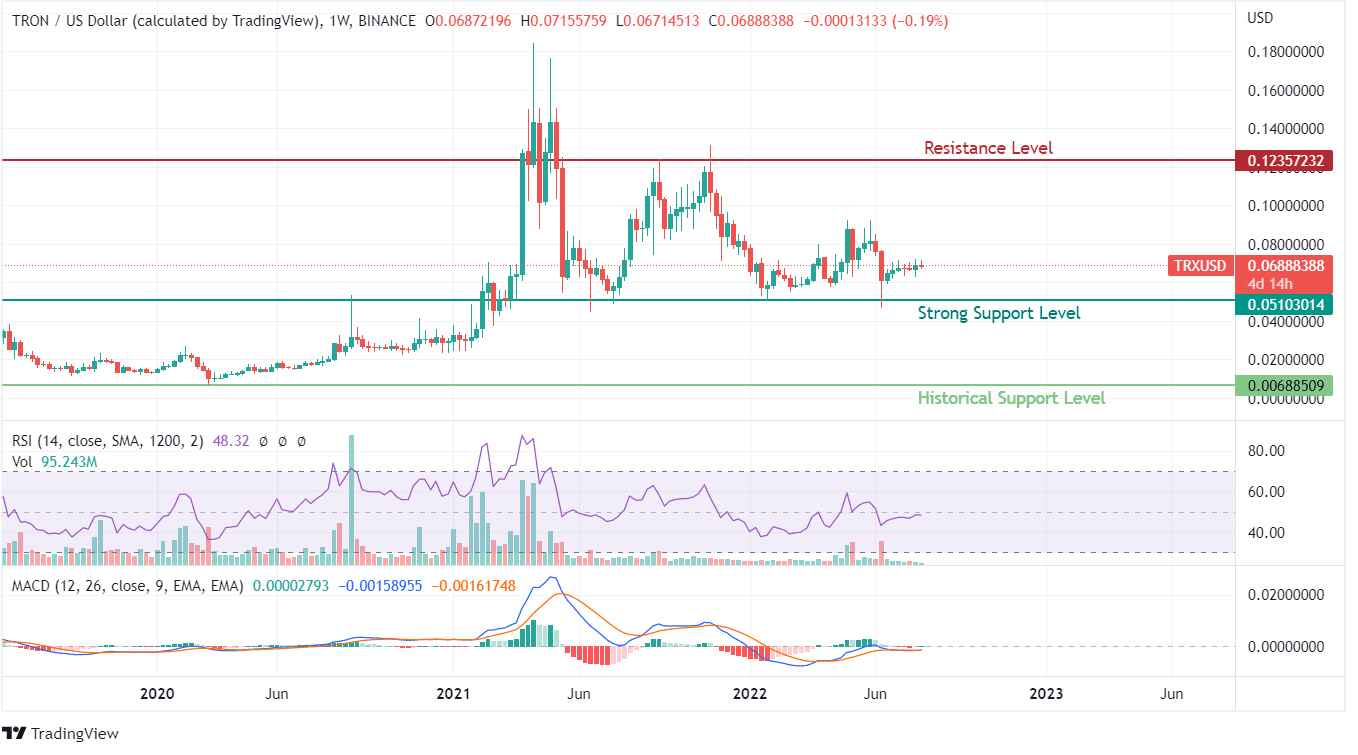 On long-term charts spanning over two years, TRON comes out as a positive yelling token that has grown tremendously since March 2020. RSI during this entire rally period has maintained its position above the halfway or neutral mark, with MACD trading slightly above the immediate levels.

Historical support levels for weekly charts are available at $0.00688, while the daily chart resistances are still going stronger, as the same level has helped TRX surpass the sellers twice in just 2021.