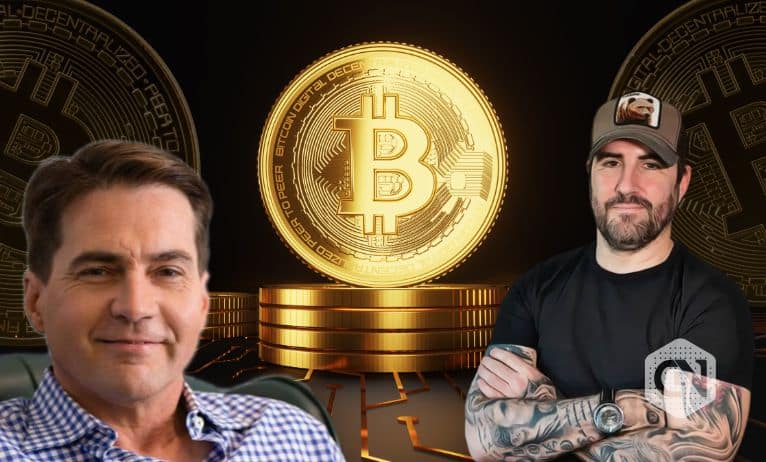 
It has just been over half a year since Bitcoin creator Craig Wright, more famously known for his pseudonym Satoshi Nakamoto as the author of the Bitcoin whitepaper, won the Kleiman v Wright trial. Dubbed as “the trial of the century,” the brother of Wright’s late friend David Kleiman attempted to stake a claim to half of the 1.1 million Satoshi coins valued at over $600 billion.

A jury in a Florida court found that Ira Kleiman’s allegations of a partnership between Wright and David Kleiman in creating Bitcoin were not true. Wright was vindicated as the sole author of the Bitcoin white paper as Satoshi Nakamoto.

After this historic win, Wright again emerges victorious in a libel suit he filed against British crypto blogger Peter McCormack. Wright filed 15 counts of defamation against McCormack in 2019 after he had had enough of the “What Bitcoin Did” podcaster’s slanderous statements on Twitter and on a particular guesting on a YouTube show hosted by Hotep Jesus.

McCormack’s accusations revolve around two main thoughts. Number one is that Wright is not Satoshi Nakamoto and the inventor of Bitcoin. Number two is that Bitcoin Satoshi Vision (BSV), the implementation that is committed to Wright’s original vision of Bitcoin, is “a fake Bitcoin run by frauds.”

On the other hand, Bitcoin Core (BTC), the one that McCormack supports, has continuously refused to scale and has maintained the original limits of Bitcoin. It is stuck at a 1MB block size cap and just seven TPS.

This is the source of McCormack’s accusations. If he believes that Wright is Satoshi Nakamoto and the creator of Bitcoin who has finally realized his vision with BSV, then BTC would then be just another cryptocurrency among the thousands out in the market.

BTC would not be the pioneer of digital currency, and all of his past content as a self-styled Bitcoin journalist would have been wrong. So, instead of being wrong, McCormack then chose to insist that he is right on social media—in a libelous way.

Of the 15 publications presented in the UK High Court of Justice, Queen’s Bench Division, the Honorable Mr. Justice Chamberlain has found McCormack guilty of causing serious harm to Wright’s reputation on all 15 counts of defamation.

“I bear in mind that some of those reading the later Publications will already have seen the earlier ones, but – particularly given that each generated retweets and replies – it is likely that each of the Publications came to the attention of at least some individuals in England and Wales who had not seen, or read the earlier ones. That being so, it is likely that each caused serious harm to Dr. Wright’s reputation in this jurisdiction,” Justice Chamberlain wrote in the Wright v McCormack verdict.

“I find it more likely than not that each of the Publications caused serious harm to Dr. Wright’s reputation,” Justice Chamberlain added.

Included among the 15 Publications are statements such as the following:

It is a 100% win for Wright. Even though it took three years because McCormack tried to delay the process, Wright still succeeded in vindicating his name and proving in a court of law that McCormack defamed him.

Justice Chamberlain Wright has decided to award Wright only £1 in nominal damages. And for those who think that this is a win for McCormack as Wright is only getting a measly £1, they are mistaken.

Before the trial even started, McCormack was asked to pay Wright £18,500 for delaying discovery or the submission of evidence to the court and another £90,000 for including evidence that tried to discredit Wright as Satoshi Nakamoto after already abandoning the truth defense.

The truth defense pertains to McCormack proving that he is right in making those disparaging statements—that Wright is not actually Satoshi Nakamoto. Hence, in not using the truth defense, McCormack’s legal representation cannot enter into evidence any kind of “truth” evidence. And because he still attempted to do this, he was fined a hefty amount.

For whatever reason, McCormack again attempted to delay paying the total fine of £108,500. Because of this, the UK High Court released an order for McCormack to go to court and provide a statement of his finances. But before the assigned court date, McCormack paid the full amount, which included interest.

So, for McCormack’s supporters laughing over the £1 in nominal damages awarded to Wright, McCormack actually already paid Wright over £100,000 before the trial. It’s also worth noting that  Wright did not seek to gain wealth by this lawsuit—what he seeks is vindication.

“I will continue legal challenges until these baseless and harmful attacks designed to belittle my reputation stop. This is not for financial reward, but for the principle and to get others to think twice before seeking to impugn my reputation,” Wright stated.