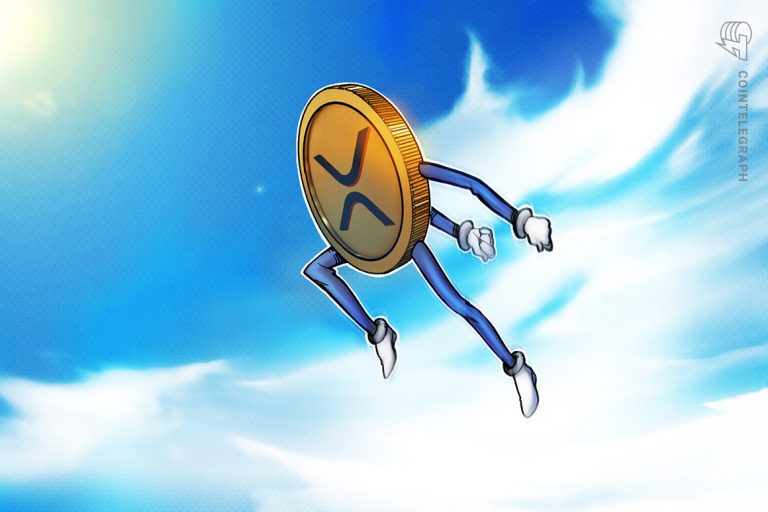 
XRP (XRP) has made considerable gains over the past month as traders continue to shower confidence on Ripple’s potential legal win against the United States Securities and Exchange Commission (SEC).

For instance, the XRP price gained 25% thirty days after Ripple and the SEC filed for an immediate ruling on whether or not XRP sales violated U.S. securities laws. In comparison, Bitcoin (BTC) and Ether (ETH) are down 4% and 11% over the same period, respectively.

Now, a flurry of indicators, ranging from on-chain to technical, hints XRP can continue its uptrend going into 2023.

Bull pennants are bullish continuation patterns that form as the price consolidates in a triangle-like range after a strong upside move. In other words, they resolve after the price breaks out in the direction of its previous uptrend.

On the daily chart, XRP has been trending inside a similar technical structure since late September, as shown below. While at it, the token has also attempted to break above the pennant twice, albeit to no success. It now eyes another breakout in the coming days.

That would mean a 35% price rally.

Notably, XRP’s mean coin age — the average age of all tokens on the blockchain measured by the purchase price — has been rising since September, according to data from Santiment. The metric theoretically suggests that XRP users have been increasingly holding the tokens.

In addition, data tracker Whale Alert detected millions of dollars worth of XRP withdrawals across Bitstamp, Bitso and other crypto exchanges, reducing the supply that can be potentially sold.

A legal win for Ripple?

The root of all bullishness for XRP over the past few months is Ripple’s potential to win against the SEC.

One of Ripple’s core arguments is a speech by former SEC director William Hinman at the Yahoo Finance All Markets Summit in 2018. Hinman said Ethereum was not a security despite conducting an initial coin offering (ICO) round to raise funds.

Related: Federal regulators are preparing to pass judgment on Ethereum

Ripple’s defense is that the SEC should treat XRP like Ether. And, many believe the argument will guarantee a win for the company. For example, Seeking Alpha Contributor The Digital Trend stated:

“The news that the court has rejected SEC’s objection to disclosing more documents linked to Hinman’s 2018 speech led to a surge in XRP price on September 30; XRP rallied by 12% in twenty-four hours […] These post-hearing rallies might just be a taste of what is to come if XRP wins the case.”

Ripple CEO Brad Garlinghouse anticipates the case to conclude in the first half of 2023. However, he admitted that the results of the case is hard to predict.

The views and opinions expressed here are solely those of the author and do not necessarily reflect the views of Cointelegraph.com. Every investment and trading move involves risk, you should conduct your own research when making a decision.