Are the big fundraising efforts of blockchain platforms gone? 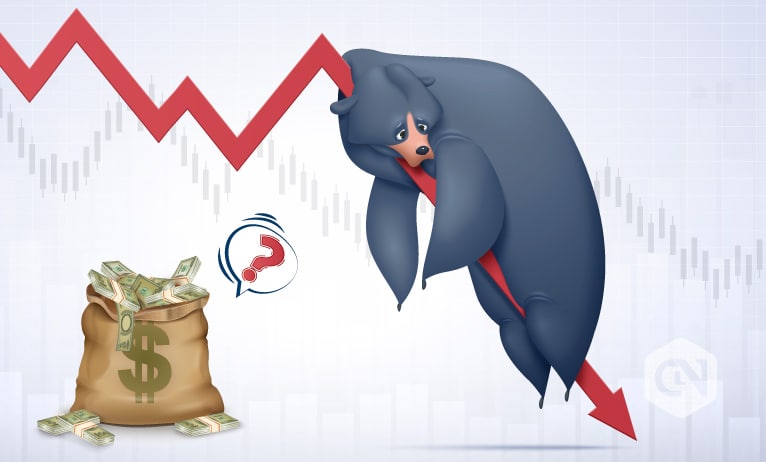 
A bearish crypto market will affect the broader investment sentiment. Not just for coin prices and risk appetite, VC funding, and other fundraising efforts. Interestingly, several projects continue to grow strongly during these challenging times.

Bear Market And Fundraising in 2022

It is challenging to convince investors and VCs of a project in the crypto and blockchain space when overall industry sentiment sours. The bear market of 2022 – which began in late 2021 – shows no sign of relenting just yet. All currencies remain under tremendous pressure, preventing any uptrend from materializing.

However, there are benefits to an extended bear market. It is an excellent opportunity for builders to put their best foot forward and work on the project they want to bring to life. There is no time pressure to launch until the market momentum improves. Or even launching in the bear market is viable, as the project will still have a “new” element. Crypto enthusiasts haven’t had much reason to be excited, but new product launches can change that narrative.

Unfortunately, many projects struggle on the fundraising front. Overall, crypto startup funding hit a 12-month low in August 2022. Although these fundraising efforts resulted in $1.36 million in venture capital invested for the month, it is the fourth consecutive monthly decline. Moreover, August’s figures dropped by over 31% compared to July 2022.

The silver lining is how over 100 fundraising deals were closed in August. Maintaining near or above 100 per month shows there is still plenty of developer activity in the space. Additionally, the current trend confirms VCs and other investors keep a finger on the pulse of crypto and blockchain. Such figures are not terrible, given the extensive bear market conditions.

There Is Hope For Web3 and NFTs

The research for August 2022 highlights three crucial industries: NFTs, Web3, and infrastructure. Projects in those segments remain successful in their fundraising efforts. Specifically, those efforts represent over 85% of the monthly money raised. Most of that money came from Limit Break’s $200 million round and Barca Studios securing $100 million. DeFi and CeFi efforts also welcomed some investments but are not as popular as Web3, NFTs, or infrastructure.

On that note, CoinFund saw a very bullish fundraising effort. The Web3 and crypto VC firm introduced a new $300 million fund to back startups. That is good news for the many projects in development or early-concept stage. Particularly Web3 gaming and metaverse initiatives remain of keen interest. Projects with a clear vision will often raise capital without too many issues, assuming they can provide something new.

Speaking of Web3 gaming, Apeiron developer Foonie Magus raised over $17.5 million through fundraising efforts. The team has done so in the first five months after launching its website. It is a significant boon for Web3 gaming, as they raised funds during the bear market. In addition, Apeiron secured $4.5 million through its NFT sales over Easter, and Foonie Magus will launch the game in Q4 2022.

Although popular titles like Axie Infinity have seemingly lost momentum in Web3 gaming, new projects are eager to take the spotlight. Many valuable lessons have been learned to create better engagement and sustainable economies. A God game like Apeiron hasn’t been done before on the blockchain. Moreover, the substantial community efforts ahead of launching the game have kept the momentum rolling. In addition, Foonie Magus introduces novel ways to use NFTs and how one can use them in the game environment.

Even though the MoM fundraising figures continue their downward trend, there is reason to be cautiously optimistic. Investors, VCs, and other contributors continue to help crypto startups grow. Moreover, the growing focus on NFTs and Web3 shows there is still much to explore. With so much backing to build crypto startups, something has to give eventually.

One interesting thing to remember is how industry growth doesn’t necessarily correlate with crypto asset prices. The ongoing crypto bear market has not prevented developers from building their projects. If anything, there is still sufficient momentum to keep the ball rolling. It is too early to claim that Q4 2022 will bring any change in the overall numbers, but the current trend isn’t as bad as some may think.