NEAR Protocol rises 8% in a week; Can NEAR attract more buyers? 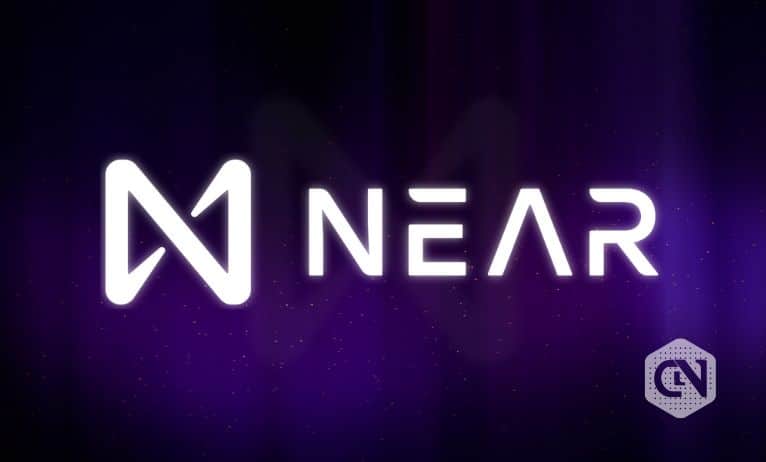 
Near is a decentralized blockchain platform for running smart contracts and decentralized applications. It focuses on three core areas, scalability, usability, and security, without compromising decentralization.

Alexander Skidanov founded it in 2017 and has a small team of 100 employees, including experienced developers from Google and Meta. Now, most of the applications hosted on the cloud are regulated by Amazon Web Services and Google because they are providing the cloud service.

It means all the applications and platforms running on the cloud are (directly or indirectly) controlled by network owners, so it has a chance of data manipulation, censorship, and data breach. Near Protocol comes with a solution using the decentralization of the system. It comes with an infrastructure of decentralized applications for the global community, which will be free from all third-party regulations.

Indeed, it is a competitive industry, and there are many competitors who can outperform Near protocol in the future, but the best part is Near team has experienced developers and marketers to expand their use cases. So if you are interested in investing in NEAR tokens, read our technical analysis. Vist CryptoNewsZ’s price analysis section before investing in your desired cryptocurrencies for thorough research.

While writing this post, NEAR was trading around $3.19, below the resistance of $3.3. Candlesticks are forming around upper BB, and most technical indicators are neutral, which may not qualify NEAR as a decent pick for short-term investment.

You may add it to your watch list and invest when it surpasses the immediate resistance. In the last six months, NEAR has formed a triangle pattern. Now it is around the short-term support, but it may break the level as technical indicators are not bullish. Before entering into any trade, make sure you read our NEAR price prediction! 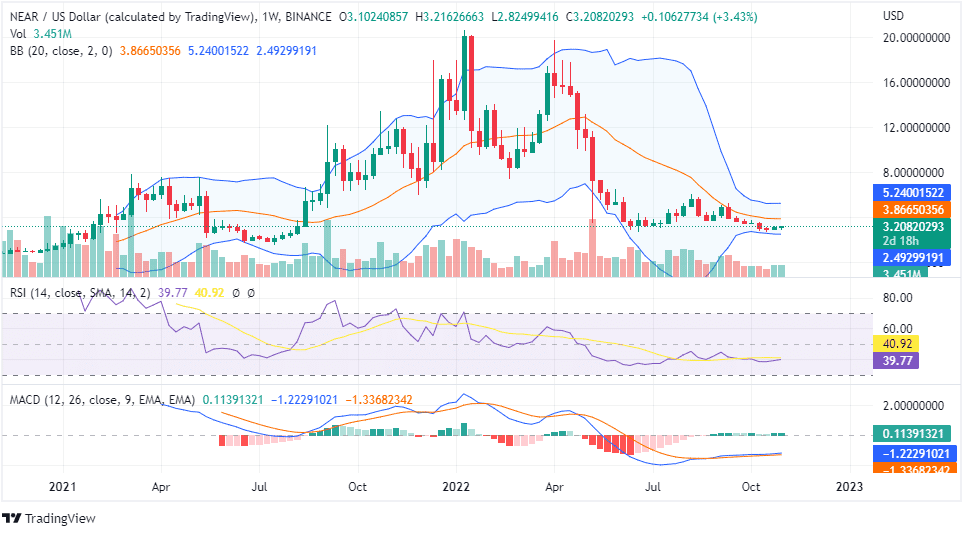 The weekly chart of Near Protocol is bearish because candlesticks are forming in the lower BB, and it has formed support around $2.9, which is lower than the previous support of $3.2.