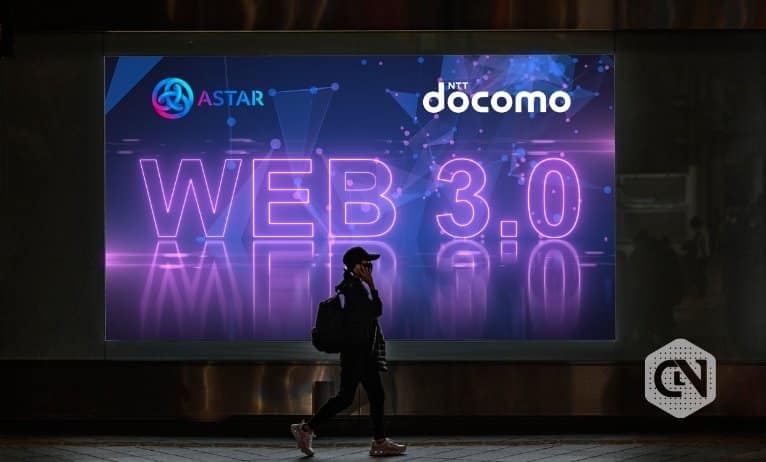 
NTT DOCOMO and the Astar Foundation have joined forces to promote the upcoming Web3 environment. The goal is to implement a DAO (Decentralized Autonomous Organization) project to address societal problems..

Both organizations have agreed to broadly promote Web3 and have inked a basic distribution pact. In addition to a wide range of other social challenges, DOCOMO and Astar Network are focused on resolving environmental concerns and fostering regional growth. Both partners will contribute their special abilities to this endeavor. While DOCOMO will bring forward its knowledge, Astar Network will deploy its technology and operational know-how.

The term “Web3” only appeared in the last few years. Although little attention is paid to it, it is undergoing significant change. Web3 derives its strength primarily from blockchain technology and decentralization. In addition, it is based on the token economy mechanism that links the global monetary system.

It is considered that the token economy alone aids new platforms in resolving conflicts and creating economic blocs that would not otherwise be developed by the existing economic system. In addition to the lack of knowledge, Web3 continues to address the absence of a secure environment and the difficulty of understanding.

By agreeing to work together, DOCOMO and Astar Network have shown to other platforms that much can be done to promote Web3 technology.

Polkadot serves as the foundation for Astar Network as the leading parachain in the ecosystem. It is the premier smart contract hub connecting the Polkadot ecosystem to other tier 1 blockchains like Ethereum and Cosmos. Astar Network holds the top position for TVL Smart Contract Hub for WASM and EVM.

NTT DOCOMO is the largest mobile operator in Japan and has also partnered with Astar Network to accelerate the implementation of Web3 in Japan. The joint effort will reportedly take the form of a consortium, giving individuals and corporations the ability to utilize governance tokens.

Sota Watanabe, the Chief Executive Officer of Astar Network, firmly believes that it is essential for the users to have experience with the infrastructure so that they reap better benefits of Web3.

Japan is a country that is constantly showing its inclination towards the adoption of Web3, decentralized finance, and cryptocurrency. Despite the prevailing stringent regulations on digital currency, Japan has shown a positive attitude with plans in line for some major investments in Web3 and metaverse experiences.