How Much Longer Till The Bottom 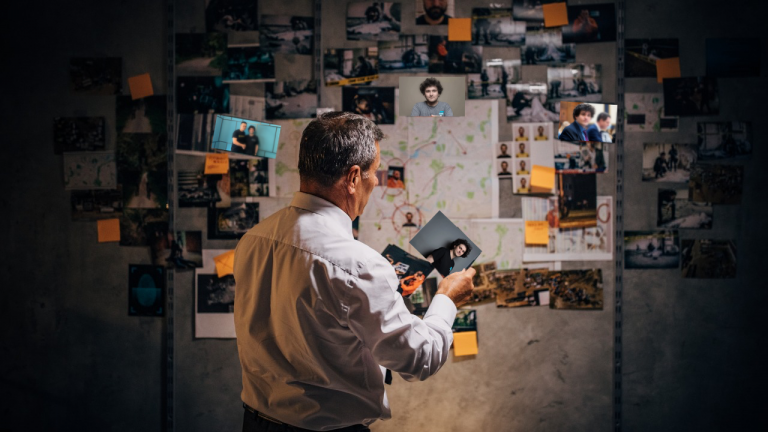 
In this episode of NewsBTC’s daily crypto technical analysis videos, we are examining past Bitcoin bear markets to see how much further we could have before a bottom is in.

Take a look at the video below:

Bitcoin price continues to set new low after low now that support has been decisively broken.

The market is clearly bearish, but on the brighter side we have what could be the final wave in an expanded flat pattern. The push to new lows continues to fill out what could be a large falling wedge pattern. But considering the price action and sentiment out there, it is challenging to consider any bullish thesis.

Bitcoin price is now at the 0.5 retracement using Fibonacci on log settings. But that isn’t very reassuring. Given the expectations for the $14K and $13K area, either Bitcoin price action stops short of that level, or slices right through it.

In these next charts, the worst case scenario would involve filling a BTC CME gap at under $10,000. Not only is there confluence there with diagonal uptrend support, but that is roughly 85% retracement from the peak.

Much like the top cryptocurrency peaked well below the ROI levels of past bull runs, bear markets won’t see as much of a decline either. The idea is that Bitcoin volatility is disappearing over time. 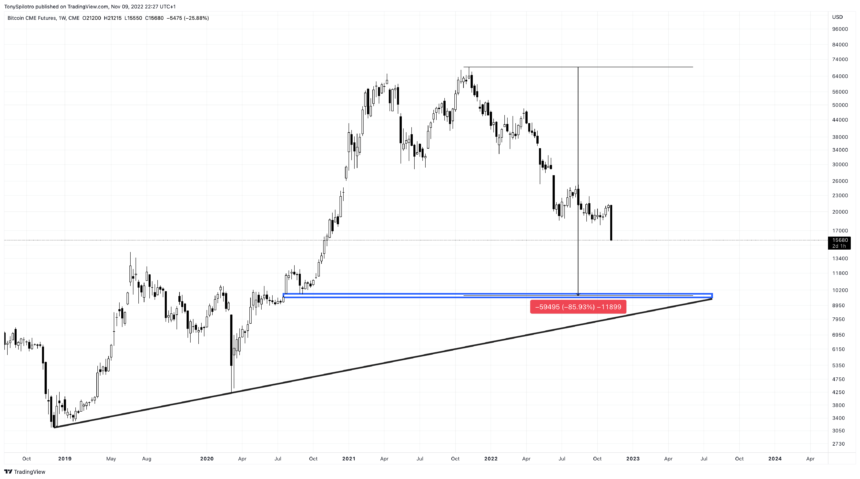 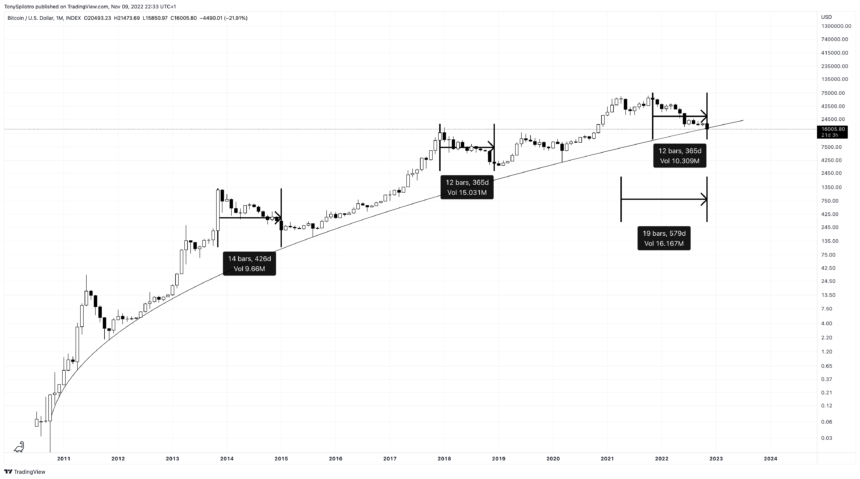