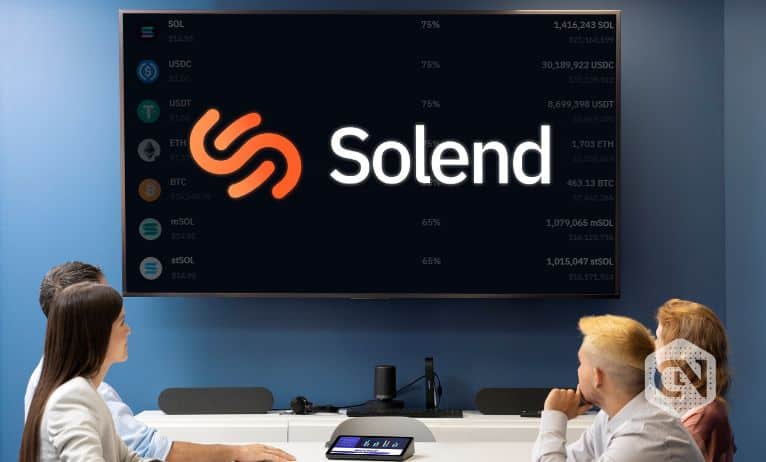 
Investors on Solana, a top blockchain platform, are in a state of panic after the apparent fall of the FTX cryptocurrency exchange. The other centralized exchange eventually stopped stablecoin trades through Solana on Tuesday.

In the wake of this week’s decline in the value of Solana’s native token SOL, the lending and borrowing protocol Solend is struggling to restore lost liquidity. The token price of $38 seen in the previous week’s trading has dropped to less than $15 as of Tuesday afternoon.

There have been liquidity crises on the platform, which have contributed to the nearly 55% drop in he value of Solana. Therefore, Solend has increased SOL interest rates by 2500% to compete with and attract cash deposits, in an effort to motivate borrowers to repay loans sooner. An unidentified crypto whale borrowed $44 million USDC against $51 million SOL on Tuesday morning, slowing down cash resources. Consequently, as of Tuesday afternoon, the whale owes $27 million USDC as opposed to $20 million SOL.

According to Soju, the protocol’s head of business development, on-chain liquidity had evaporated as the price plunged 43% in less than 48 hours. This SOL freefall can also be attributed to Binance CEO Changpeng Zhao’s declaration that the largest cryptocurrency exchange would sell $500 million in FTT, where FTT is a token by FTX. To avoid a potential loss due to Binance’s sale, FTT holders sold their tokens shortly after the announcement. The investors were selling their SOL assets to raise funds to make up for the loss of FTT.

According to Defi Llama, Solana has lost fifty percent of its total value locked (TVL) in the previous week, and transaction success rates have also plummeted. According to analytics, the decline is not attributable to network congestion but rather to liquidation concerns.

Raj Gokal, co-founder of Solana, took a confrontational tone on Twitter and said the Solana ecosystem is in a crucible right now, and it’s as tough as the last one.