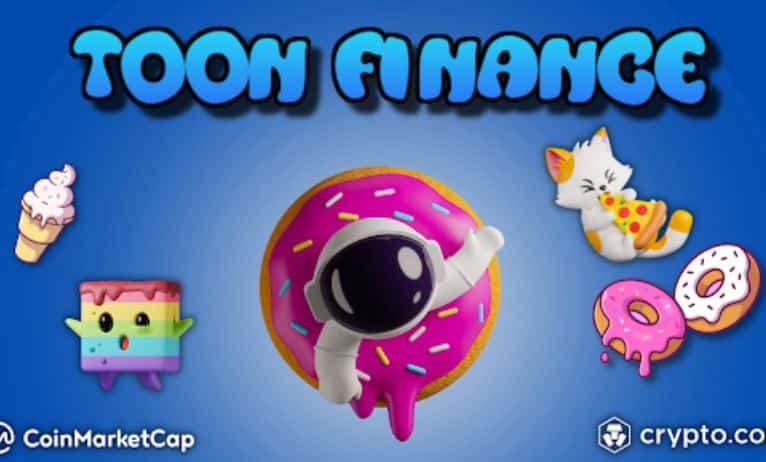 
The cryptocurrency market has experienced the most terrific year since its creation. The investors have lost millions of dollars. This market crash has badly affected the most promising cryptocurrencies, like Bitcoin and Ethereum. And the situation has not yet completely recovered.

What is an ICO?

ICO stands for “Initial Coin Offering.” It is a popular method to raise funds for a crypto-based startup. ICOs are similar to traditional IPOs (initial public offerings). When conducting an initial coin offering (ICO), a blockchain-based company creates a specific number of its native digital tokens and sells them to early investors, typically in exchange for other cryptocurrencies or utility.

Conceptually, an ICO creates a win-win situation for both parties involved. Buyers can gain access to the service that the token grants as well as a rise in the token’s price if the platform is successful (a huge IF!). Whereas for business owners, ICOs provide an easy funding model and an innovative way to acquire money.

How Does an ICO Work?

Even though ICO is a relatively new concept, there is a method to follow. The first part of the ICO is the coin structure. There are several possible ways to structure ICOs, including:

An ICO with a fixed supply of tokens and a variable funding target implies that the total price per token will depend on the amount of money raised during the ICO.

Some ICOs feature a variable token supply but a fixed price, which means that the supply is determined by the amount of investment received.

A company can specify a certain financial goal or limit, in which case the total supply of tokens is defined, and each token sold during the ICO has a set price.

The Next Step – White Papers

Along with organizing the ICO, the crypto project typically produces a white paper, or “pitchbook,” which it makes accessible to interested investors via a new website created specifically for the coin. The project’s promoters include key details about the ICO in their white paper. A white paper typically contains information like:

Whitepapers are usually made to be easy to read by anyone, allowing them to provide at least a basic understanding of the cryptocurrency or blockchain project. A quality whitepaper will, however, also provide technical justifications to demonstrate the project’s expertise.

Pros & Cons of an ICO

Anyone can launch an ICO. There are no regulations or guidelines to follow to launch your own ICO. This also means most of the ICOs are fraudulent. Make sure to complete your research if you’re determined to invest in a new ICO that you’ve heard about.

Now, let’s give you an insight into the trending ICO investments to consider in 2023 and the coming decade!

Some of the best investments to consider in an ICO

Given that the enterprise in issue will still be in its beginnings and is not yet established, investing in an ICO can be hazardous. The finest ICOs, however, frequently go on to generate enormous profits in the future. Thus, individuals with a higher degree of risk tolerance are frequently richly rewarded.

In light of this, let’s examine the top crypto ICOs listed above in more detail and discover why they are so popular:

Tamadoge, one of the top up-and-coming cryptocurrencies on the market, sold out its initial coin offering (ICO) in just eight weeks to raise $19 million. It is currently pumping after its initial exchange offering (IEO) on OKX.

For those who don’t know, Tamadoge is a groundbreaking “hybrid meme coin” that combines one of the best new NFTs with play-to-earn (P2E) mechanics to create a rich metaverse. Players can create “Tamadoge Pets” in Tamadoge’s universe and use them in the ecosystem’s built-in PvP warfare system. Competent players can earn incentives in TAMA, Tamadoge’s native ERC-20 token, by competing against other players.

One of the most well-known cryptocurrency initiatives is Tamadoge and for a good reason. As a well-known play-to-earn project, it uses the Ethereum blockchain network.

Although the local currency TAMA is referred to as a meme coin, it differs from other meme coins like Dogecoin or Shiba Inu. Within the Tamadoge ecosystem, also referred to as the Tamaverse, TAMA can be utilized for transactions.

The Tamadoge ecosystem is similar to the Metaverse in allowing users to build their digital avatars. They can play games as well as make their tools and goods.

Why Invest in Tamadoge?

The native currency of Tamadoge is TAMA, and volume growth is continuing uninterrupted. Users in its metaverse have access to various activities using the TAMA token. They can grow, feed, and train them as pets. Once they reach adulthood, pets can be utilized to battle the pets of other users and win Dogepoints.

TAMA can be obtained by redeeming dogepoints. Tamadoge has big intentions for 2023 and has provided a very transparent and clear roadmap. The P2E arcade games are anticipated to launch in the third quarter of 2023, followed by tokens and physical rewards.

Additionally, it intends to release augmented reality software that will enable consumers to understand the capabilities of their dogs. Uniswap, LBank, Gate.io, and, most recently, OKX have all already listed TAMA. In less than a day, it produced almost 180% for its investors.

All of these indicate that the price and worth of TAMA are rising. Tamadoge has a bright future as one of the tokens that have sold the most quickly this year. Numerous indicators suggest that TAMA will keep expanding and progressing throughout the ensuing weeks, months, and years. Investors have a fantastic opportunity to get involved now and profit as the project develops.

Even though many initial coin offerings (ICOs) run the danger of not living up to their roadmap commitments or losing momentum when it becomes evident that there is no practical application for them, IMPT is a new project that looks to have a bright future.

Climate catastrophe is arguably the biggest worry of the twenty-first century, and IMPT intends to address it head-on. One of the “greenest” digital currencies is this one. Want to know how?

IMPT is a huge Web3 ecosystem to decentralize and streamline the carbon market. It establishes connections between large-scale environmental projects and organizations and people looking to cut their carbon footprint.

Why You Should Consider IMPT?

IMPT is a Web3 ecosystem that connects socially conscious companies and people looking for methods to offset their carbon footprint with high-impact environmental projects. The portal enables you to purchase carbon credits and make donations to a variety of (controlled) environmental restoration and regeneration projects.

Additionally, IMPT creates carbon credits as NFTs, eliminating the widespread fraud and double counting that plague the carbon market. The powerful Web3 infrastructure that will be used by IMPT to change the carbon offset market has attracted not only the crypto community but also non-crypto users and high-profile partnerships.

IMPT is now in the first round of its presale, with 600 million IMPTs available for purchase at about $0.018 each.

Investing in pre-sales can yield excellent returns over time. However, that does not imply that you should participate in every online project. You must thoroughly analyze it to determine its applicability to the market. We’ll put you ahead of the game.

New cryptocurrency Dash 2 Trade (D2T) is launching an all-encompassing platform with various analytics-driven tools to assist traders and investors in discovering exciting new opportunities. The project, which began as a presale on October 19 and raised more than $400,000 in just one day, is widely regarded as the best cryptocurrency ICO.

The first of the project’s nine presale phases is currently underway. The current price of the project’s native D2T tokens is $0.0476, but this price will gradually rise over the presale to give early investors the best deal. To profit right away after the token listings, it may be a good idea to stock up on tokens during these early phases.

How To Purchase Dash 2 Trade?

Participating in the D2T presale is quite simple. But even if there is a free plan, access to the primary Dash 2 Trade functionality is only available to members, as noted in the whitepaper. The D2T token can be used to buy memberships at the following tiers, which will increase demand.

This Dash 2 Trade is accessible for free, but no advanced features are offered.

The premium subscription gives regular traders and enterprise clients access to all of the Dash 2 Trade platform’s features as well as professional-level analytics.

Because of its spectacular stage-one presale and superior blockchain technology, Toon Finance is the most talked-about ICO. More and more people are buying this coin and getting involved in the cryptocurrency market daily.

If you’re unsure whether investing in Toon Finance is worthwhile, you’ll be happy to learn about the several advantages of doing so. The following are important advantages: