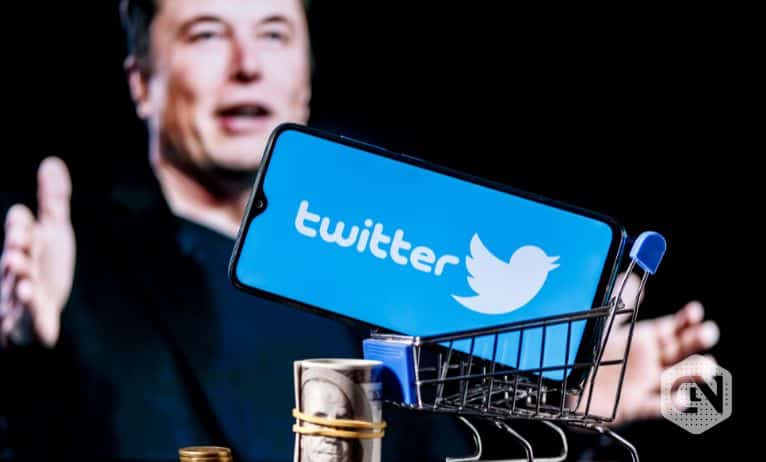 
Twitter is buzzing with two updates, taking the entire internet by storm. The first relates to the launch of $cashtags, and the second relates to Elon Musk stepping down from his position on Twitter.

Users for a long time have been directed to a search result after clicking the combination of a dollar sign and an abbreviation of a major stock, cryptocurrency, or exchange-traded funds. The update now redirects users to the pricing detail as a graph. A limited number of stocks are currently covered, with a plan in the pipeline to cover more stocks in the coming time.

For instance, $BTC would show a user different search results. The clickable link will now show the pricing graph. It has been rolled out already following the announcement made by Twitter Business.

Elon Musk appreciated the team behind Twitter Business for investing their efforts in $cashtags. However, it is only one of many developments to come in the future. Even the present seems to have several developments under the umbrella of the microblogging platform. One such development is the implementation of an $8 subscription for a tick, categorized into three categories: Gold, Grey, and Blue.

Government-related officers and personalities are assigned Gray tick after the verification. Gold Tick is reserved for companies, while Blue Tick is for other individuals or users who apply for subscriptions. It was previously not entertained by the masses. The second round has now gone in favor of Twitter.

Amid these developments, Elon Musk took to Twitter to conduct a poll, seeking if he should step down as the head of Twitter. The poll had two options, namely Yes and No.

The poll was conducted on December 19, 2022, receiving 17,502,391 votes until the closing window. Elon Musk added a tweet to that thread informing that he will step down as the Chief Executive Officer once he finds someone foolish enough to take the job. However, this should not be mistaken as Elon Musk leaving Twitter forever. He has decided to stick around by handling the software and server teams of the platform.

Elon Musk took one month to bring excitement and developments to the platform. An extended timeline could have been more effective. Respondents and followers of the post have mixed reactions. Josh Amash believes that it requires a clear vision to run a platform like Twitter, establishing that only Elon Musk possesses that skill.

Some have even begun joking about the position, asking if they can apply. Jeffrey Fermin is one such follower to post a GIF with the tagline Where do I apply? with the GIF stating You’d be a fool not to pick me.

If Elon Musk should step down as a CEO is a question that has already been answered, considering his strong stand on free speech and respect for what the majority says. There are developments; however, his presence will still be in the office, with operations being handled by someone who can carry on the tasks in a similar fashion. As Elon Musk brings improvement to Twitter, he might choose to stay a part of the company with all his skills. Additionally, due to the polling, there have been mixed reactions that say that even if Musk lacks the qualities currently to become the CEO of Twitter, he has a quest for learning and has great communication skills.