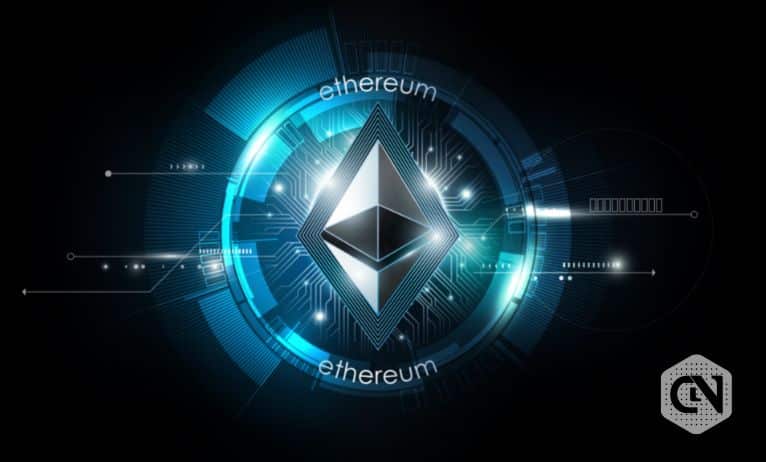 
Ethereum blockchain has again shut the competitors out of their advantage of the Proof of Stake validation protocol. Ethereum’s new game plan shifted towards holding its market position and projecting itself as a viable and capable blockchain for handling new challenges in transaction processing and block limitation.

The current market capitalization for ETH has been limited to $149 billion. With the leading competitors facing a cash crunch in their development projects, the outlook for the new Proof of Stake-based ETH blockchain can surpass expectations in the coming weeks.

Analysts expect ETH to reach $5000 in the next few years as the dynamics behind smart contracts can transform the DeFi and dApps space. The price action of this highly revered cryptocurrency has seen better days and momentum than the current scenario showcases.

While the volumes have been consistently lower and similar since the merge of its different chains. The consolidation between $1315 and $1140 continues to hinder buying sentiments. Click here to know more about the consolidation and future price action of Ethereum. 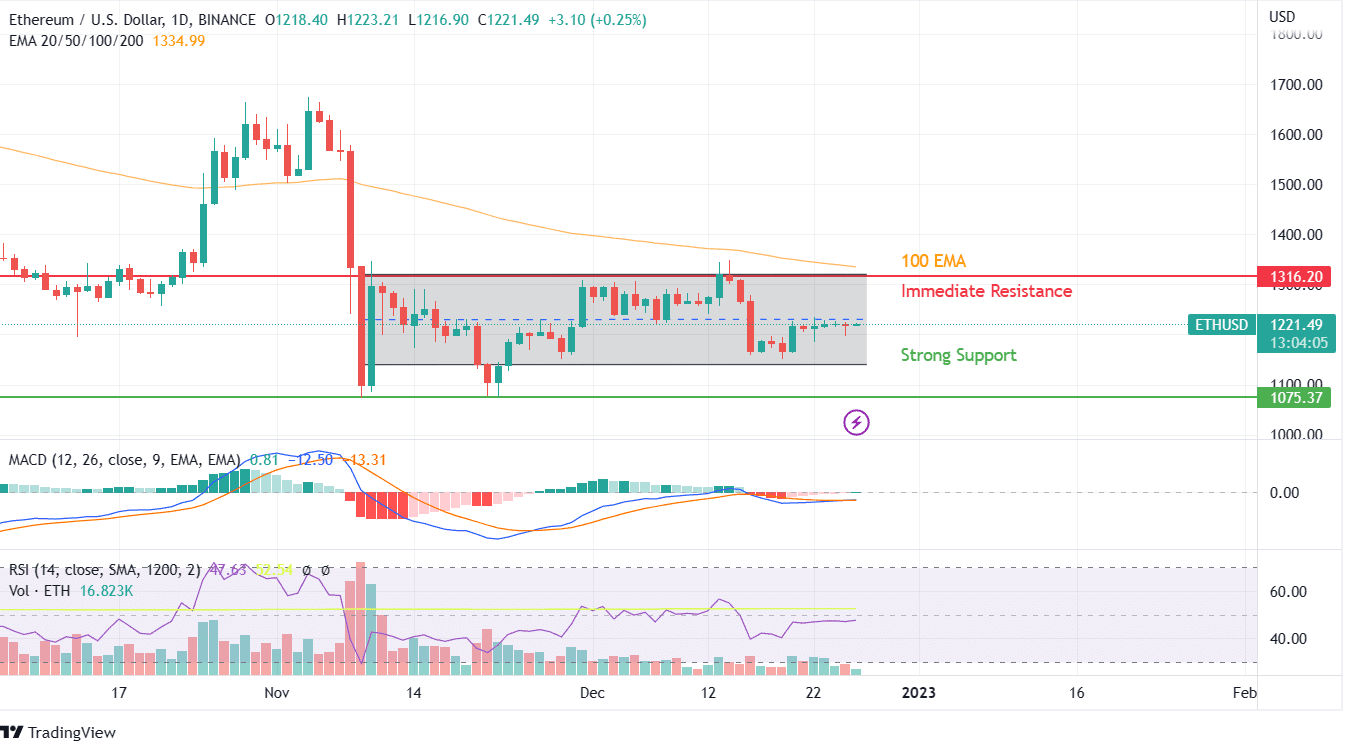 Price action has been one of the major indicators that showcases the outlook of a token in a given time interval. The 100 EMA curve for ETH lies together with the upper zone of its consolidation movement. Such a major breakout cannot be expected from the token.

Even the daily candlesticks since last weekend have reduced volatility. Despite high volumes, the price action has remained the same in the last few days.  The fall from its November 2022 peaks of $1670 to its currently traded $1221 level highlights a huge decline in market value.

Within this time frame, ETH has maintained a consolidative stance as if it’s waiting for a positive outcome to reveal or strengthen the buying sentiment. The MACD indicator is touching new lows but the RSI indicator continues to maintain a neutral stance at 47 on the charts.

On a weekly candlestick pattern, ETH has been moving forward with support indicated and confirmed by a low wick. The previous consolidation zone’s peak value has turned into the resistance band of the current consolidation. This volatile price range requires a buying spree to create an ambient uptrend scenario for Ethereum.