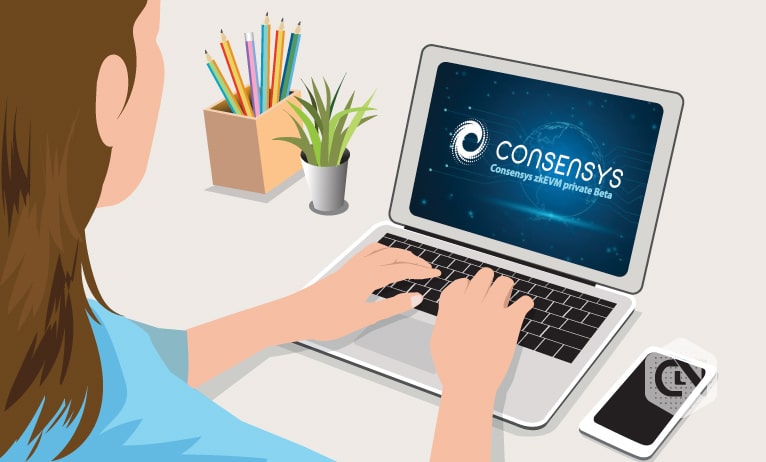 
ConsenSys recently announced the launch of its zkEVM private beta. The news came through Twitter, where ConsenSys talked about opening the beta only for selected users.

The roll-up capitalizes on years of research conducted by ConsenSys, offering complete EVM compatibility. It allows developers to release and moderate apps using tools like Infura, Truffle, and MetaMask.

Now that the private beta is open, users can easily bridge assets between the zkEVM and the Goerli testnet. It allows them to test dApps and smart contracts via wallets, tools, and infrastructures they are acquainted with.

This, integrated with the Ethereum toolchain, makes for a secure and decentralized Ethereum experience. At the same time, it addresses the high transaction fees concern.

As soon as the platform announced the plans to launch its beta, more than 150,000 signup requests were shared with them. ConsenSys followed this announcement with its prover scheme being utilized in the zkEVM.

In the upcoming weeks, the platform will initiate its internal testing and review the allowed list to onboard new users. The process will be conducted slowly to maintain the system’s utmost security and stability.

Besides the mentioned functionalities, developers can also test, deploy, and migrate dApps and smart contracts from existing networks. The participants will also gain the ability to transfer and bridge tokens. In addition, they can interact with dApps listed in the ecosystem portal section.

The latest post by ConsenSys also shared a signup link where users can apply for the private beta. Additionally, the platform answered several FAQs about the beta, its operations, and future plans for users.