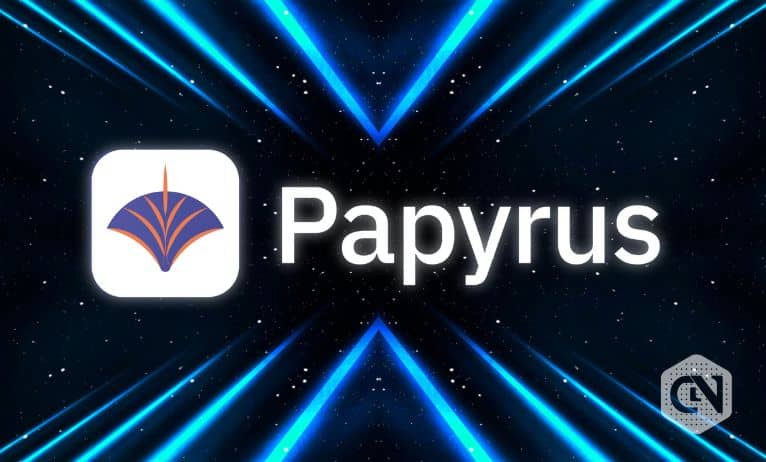 
StarkWare happens to be extremely pleased and takes great pride in making their official announcement of having released their new open-source full node, Papyrus. This will now be functional in carrying out enhancement where the network’s functionalities and decentralization is concerned. Being an open-source StarkNet full node, Papyrus will indeed be an integral part of the decentralized StarkNet framework.

Papyrus, on its part, is a Rust application in the case of a StarkNet full node. Its fundamental function will be to offer foundations in a StarkNet sequencer that will be instrumental in the ultimate upgradation of StakrNet’s throughput. Papyrus will play a key role in the much-improved functionalities and decentralized zone. In the present scenario, and with StarkNet having reached the position of being effectively utilized, all of these very issues become part and parcel of its top priorities.

In the present scene and with the introduction of the Papyrus, the doors will seemingly open for the complete and greater utilization of the StarkNet. The Papyrus full node will also make it possible to deliver exact updates on the StarkNet’s position while it goes through the evolution process over time.

Where StarkNet is concerned, working on its system’s overall functionalities is presently being capably sorted out. This is being achieved by the carrying out of suitable and required upgrades on the functionalities of the Sequencer. This, in turn, happens to be responsible for StarkNet’s block production. Where the significance of the Sequencer is concerned, it happens to be the very machine that lays down the permission, along with the corresponding execution of transactions and posts their submission. Papyrus will also be responsible for the provision of an effective storage layer for the StarNet Sequencer. This will, in turn, assist in enhancing throughput.

At the present moment in time, there happen to be two separate teams who are working on the development of a StarkNet full node. On one side happens to be Pathfinder by Equilibrium, and on the other, Juno by Nethermind. Papyrus happens to work in tandem with them in order to take forward issues related to decentralization and that redundancy.

The team at Papyrus, along with that of Pathfinder and Juno, will now be actively engaged in setting up the base for the StarkNet P2P layer. This propels it in the direction of a decentralized StarkNet. In order to conclude, it is Papyrus which happens to be the third full node that has connected with the StarkNet ecosystem. It also happens to come under the purview of an open-source license, Apache 2.0. Its important function is to become a critical part of the overall framework of the decentralized StarkNet.